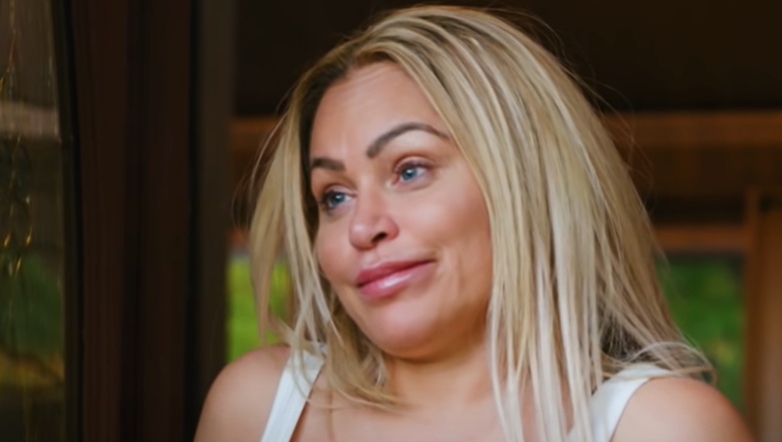 90 Day Fiance: Before the 90 Days star Tom Brooks realizes he did Darcey Silva dirty last time he saw her. The two had a disastrous meeting the day prior in NYC. Words were said that cannot be taken back. However, Tom Brooks now regrets how things went down with Darcey Silva.

So he decides to book a car and drive to Darcey’s Connecticut home to apologize in person. In the latest sneak peek video for this week’s episode we see Tom’s grand gesture falls flat. It seems Darcey doubts her British lover’s sincerity.

90 Day Fiance: Before the 90 Days – Tom Brooks Tries to Apologize To Darcey Silva

90 Day Fiance: Before the 90 Days celeb Tom Brooks feels bad about how things went down with his one-time girlfriend Darcey Silva. So he takes the long drive to her house in the  Connecticut suburbs to apologize in person. He knows he’s taking a huge risk. Darcey already blocked him from her life as she says. But Tom knows he needs to make things right with Darcey.

90 Day Fiance: Before the 90 Days spoilers remind how awful their coffee date went. It started awkwardly and went downhill fast. It ended with Tom asking Darcey if she’s gained weight. Plus he admitted he’s fallen in love with another woman who he says can love him the way he needs to be loved. So, of course, his appearance at her doorstep is met coldly by Darcey. In fact, she says, ” random….oh F888. Unbelievable, Why are you here?”

90 Day Fiance: Before the 90 Days alum Darcey Silva is not impressed by Tom’s grand gesture. His apology falls on deaf ears. Tom tells her, “I always tried to treat you with respect, and yesterday I didn’t. I’m sorry about that.” However, Darcey was having none of it. She’s shocked he showed up at her house. But she’s still not believing any of his heartfelt words.

Darcey reveals in her confessional to the cameras her true feelings on Tom’s apology. She says, “I don’t need any fake apology”. However, in time Darcey will likely see that Tom was very sincere. Not many men would make a three hour round trip drive to apologize if he was not sincere. Too bad Darcey cannot get past her rage to see how significant gesture Tom made.