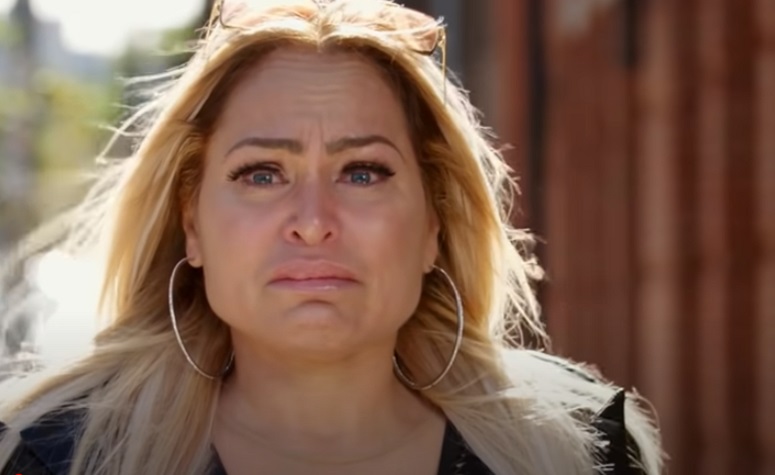 Darcey Silva had an embarrassing moment or two when this 90 Day Fiance: Before the 90 Days star’s coat slipped off as she made her big entrance. But the viewers didn’t get to see that part. It seems that it caused the 90 Day Fiance camera crew to do several takes when it kept happening.

Tom Brooks asked Darcey flat-out on a recent 90 Day Fiance episode if she gained weight. But that scene originated from the time before she even sat down at the table. Instead, it looked as though he said it maliciously while sitting across the dinner table from her.

While he’s apologized to Darcey and attempted to fix things, it’s still something he’s getting backlash for today. He did ask her if she’s gained weight but not in the context shown on the 90 Day Fiance episode. He blames TLC’s editing for the way it sounded on the show.

Fans send thumbs-up in the Connecticut native’s direction after the way she held it together in one embarrassing scene. While Darcey shed the tears, she’s expected to do that. After all, it’s become her 90 Day Fiance trademark – Darcey Silva’s waterworks.

But besides starting to cry, she was able to make a graceful exit away from Tom Brooks in that New York City restaurant. The fans offer praise to this TLC reality star for keeping her composure.

Tom Brooks Got Tired of her Coat Slipping Off

Tom Brooks explained that the scene where he comments on Darcey’s weight was shown out of context. He also acknowledges that if he hadn’t said it, there wouldn’t be a problem today. But he did and he knows now that he shouldn’t have blurted that out.

But here’s how his NYC meet-up with Darcey fell apart at the seams. Tom wrote on Instagram:

“The truth is they edited the hell out of the scene…it was one of the first things I said after the first 20 takes of her jacket falling off coming into the building to meet me…I was like come on get on with it… followed by the scene you saw “have you put on weight”, it’s out of context and chopped to create drama I can only again apologize to her and anyone offended by the scene.”

Im still shooketh at Tom just randomly looking at Darcey and saying, "Did you put on weight?"

Apparently, this comment was said after Darcey kept losing her jacket and the 90 Day Fiance crew needed to do multiple takes. Tom flippantly asked her if she put on weight because of her inability to keep the jacket in place. It sounded as if he was saying he sarcastically joked at the time. But that’s not how it came out on the episode.
Tom also got defensive saying that Darcey has called him fat before. This almost sounds like he thought it was okay to give her a taste of her own behavior. But however this came out and what it ended up looking like in the end, Tom is sorry he said it in the first place.
Still, this is one time the majority of the fans sided with Darcey. Check out Darcey Silva and Tom Brooks on the TLC series Sunday nights at 8 pm EST.