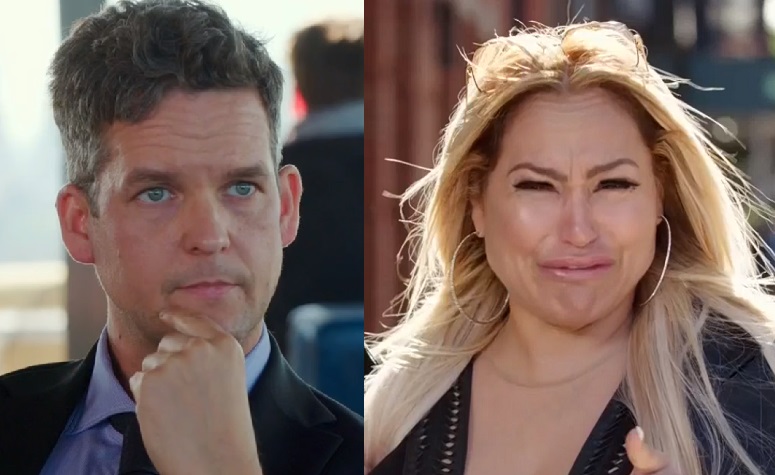 Tom Brooks looked like a real heel to the 90 Day Fiance: Before the 90 Days fans when he asked Darcey Silva if she put on weight. Now today he claims that he regrets saying this.

Fans of the TLC reality show get it. The viewers understand that Darcey Silva is not easy to deal with at times. She winds herself up to the point where she oozes drama out of every pore. Oh, and those ever-streaming tears, yes Darcey is a handful. But… he was way out of line.

To top it off, Darcey seemed a bit smug as she sat across the table from Tom on Sunday’s episode. It’s easy to see how this probably spiked anger in the guy. But anger or no anger, what he said on 90 Day Fiance was uncalled for and so un-gentleman-like.

First of all, he called Darcey to New York City to give her the boot on the 90 Day Fiance cameras. So he had to know this would be embarrassing enough for the Connecticut native.

Now today, after Tom Brooks watched himself on TV, he apologizes. The 90 Day Fiance British implant said that they edited the scene with his words taken out of context. But he added that he did say it and he shouldn’t have. He calls it an “inappropriate” thing to say.

@90DayFiance
Could @DarceySilva be any more of a badass in this break up?

It was a bit more than inappropriate, according to fans. It was mean, very mean and the fans let him know this online. Chances are if the viewers saw this as deplorable so did that woman who Tom claims fell in love with him for who he is.

There’s always a chance this apology is part of a fix for his new relationship. While he made this public apology to Darcey Silva it could also work on smoothing things over with his new girlfriend. If she’s as terrific as he says she is, this new gal won’t like Tom’s actions on the 90 Day Fiance episode that aired Sunday.

For Darcey, this 90 Day Fiance episode had to feel like Deja Vu. Darcey arrives in New York City under the impression Tom wants to fix their relationship. But instead, he kicks her to the curb.

The last time around on the TLC series, Jesse Meester called her to New York City. She falsely believed they were about to rekindle what they had. That scene presented as excruciatingly painful to watch. That blowup ended with her being kicked to the curb, luggage and all.

At least this time around she took the initiative to make her exit in a restaurant. Darcey got viewers wondering after Sunday’s show. Now fans want to know if there is a third time around in the cards for this twin sister from Connecticut.