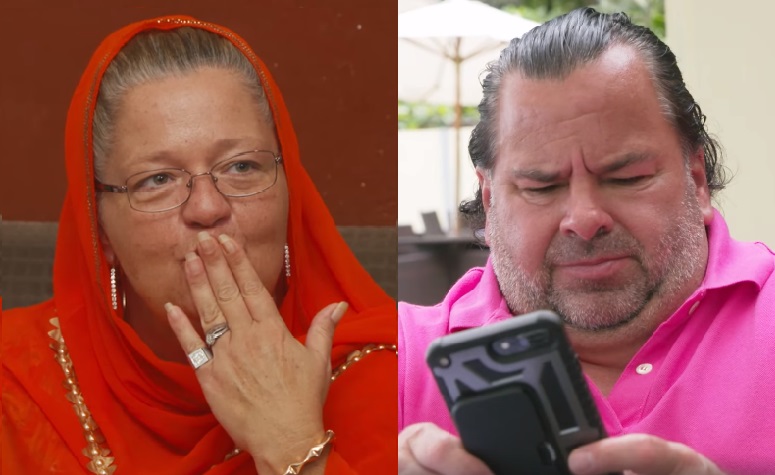 90 Day Fiance: Before the 90 Days stars Baby Girl Lisa and Big Ed seem to wallow in her newfound fame today but it looks like they both claim top billing. After several posts attempting to prove she’s now Usman’s legal wife, Baby Girl Lisa makes her declaration.

Big Ed gave himself his 90 Day Fiance shoutout a while ago by claiming he’s the most “authentic” reality star in the history of the show. At the time Baby Lisa attempted to throw shade on Ed. But today she too is feeling her fame as something special above the rest of her co-stars.

Next time you watch Baby Girl Lisa and Usman on 90 Days Fiance, you’ll have the privilege of eyeing the “hottest couple globally,” claims Lisa. This stunned some of the fans and even repulsed one of the show’s followers. But you have to admit Lisa has made a name for herself in reality TV. 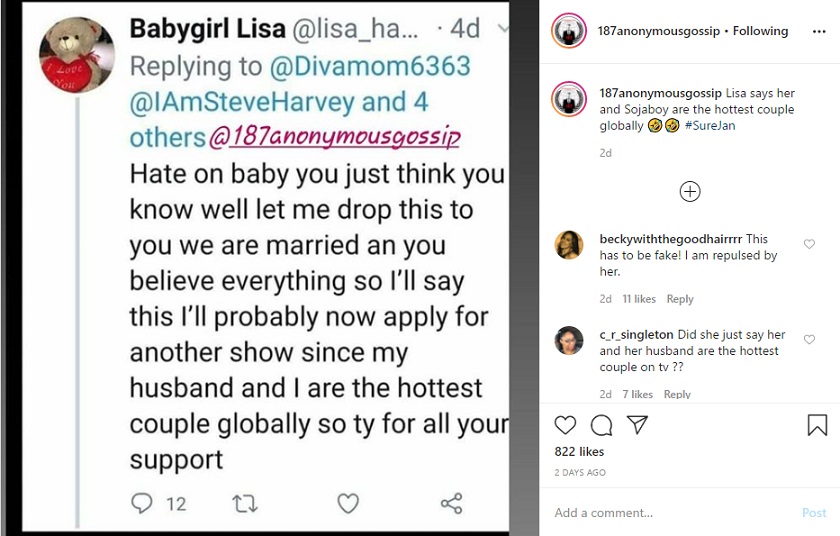 Lisa attempted to put Big Ed in his place when he gave himself the top spot in 90 Day Fiance history. She replied back to him on social media that he’s getting way ahead of himself. She claims it’s a team effort and no one outshines the others.

But now it seems as if Baby Girl Lisa had a change of heart. She sees herself and Usman as not only the hottest couple on TV but globally as well.

Haters Doing the Trick for Both Ed and Lisa?

It seems both Ed and Lisa agree upon one thing – it’s the “haters” that pushed these two 90 Day Fiance celebs to the top. Ed said he knew he arrived once the haters showed up.

It seems the haters fulfill Baby Girl Lisa’s need to spar. She’s done battle online going after the trolls but she’s given them plenty of ammunition.

Baby Girl Lisa is married and now all the haters out there have proof of that. She put a stop to the rumors that she’s not Usman’s wife by posting her marriage documents from Nigeria on Instagram.

Both Baby Girl Lisa and Big Ed see themselves as hot stuff for the 90 Day Fiance series.  They also see themselves as continuing on with their reality show fame. Lisa suggested 90 Days Fiance: The Other Way is her next move.

Ed hasn’t mentioned where he plans to land next but he’s already creating a new line of Big Ed merchandise. So, with the season winding down, he seems to think there’s more fame in his future.

Maybe he’s banking on What Now or Happily Ever After. Just recently he spawned a “Big Ed for President campaign online. Looks like 90 Days Fiance is the stepping stone to greater things for Ed, or at least he thinks so.

Lisa is *NOT* happy when she discovers Usman has been trowing around the "L" word to his female fans. See what happens Sunday at 8/7c on #90DayFiance.

These two seem to love to jab each other online. They also both seem to think their fame will carry them a bit further than the average reality show cast member. Ironically, Big Ed just called Lisa an embarrassment to America for going over to a foreign country and treating Usman like a goat.

At the same time, 90 Day Fiance fans accuse Big Ed of embarrassing Americans for going to a foreign country and seemingly grooming a young woman for his pleasure.