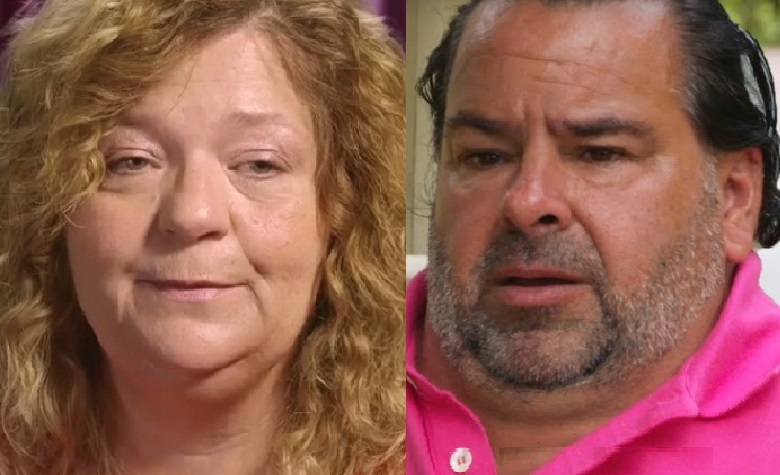 Big Ed supplies the irony for 90 Day Fiance: Before the 90 Days “Tell All” when he attempts to shame Baby Girl Lisa an embarrassment to America. This is the same man who fans accuse of going to a foreign country to groom a young woman to fit his needs.

The clip that surfaced online is called “leaked footage” of the 90 Day Fiance “Tell All,” but TLC runs a tight ship. So while leak sounds like something fans weren’t meant to see, there’s always a chance that “leak” was carefully planned.

90 Day Fiance: Before the 90 Days – Baby Girl Lisa Claws Back at Big Ed

Fans get a glimpse of Big Ed going after Baby Girl Lisa but she’s no match for him. Lisa rolls right over her 90 Day Fiance co-cast member to point out how Ed is the real embarrassment this season. It looks like Big Ed feels the wrath of Baby Girl Lisa.

Ironically, Ed goes to the Philippines and strongly suggests that his online YOUNG love-interest take an STD test. Then he suggests that she bath, shave her legs, and tells her that her breath smells.

He not only provides a toothbrush, toothpaste, and mouthwash, he picks out her bedroom attire.  Ed did all this and still has the gumption to say that Lisa is the embarrassment to America?

It sounds like the 90 Day Fiance celeb, who flew to the Philippines to meet Rose, forgot all about his behavior while there. Now back in the states, he’s apologizing to Usman for the way Lisa treated him. He tells his 90 Day Fiance co-star Usman that not all American women act this way. Ed said: 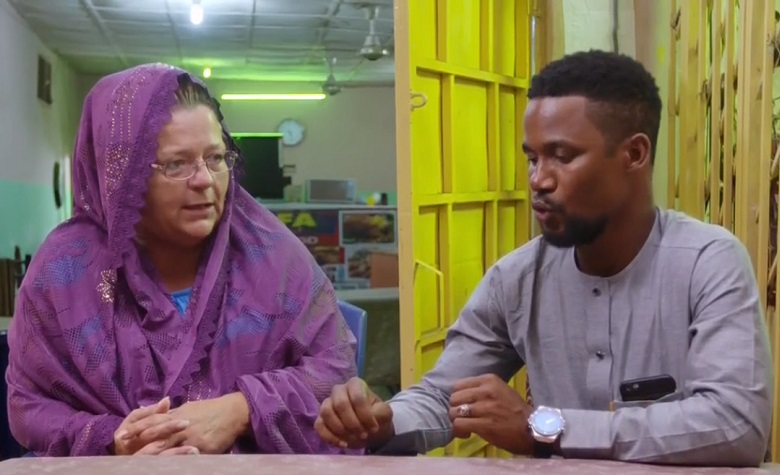 So, you’ll probably feel a tremor when this 90 Day Fiance season ‘Tell All’ airs. That tremor is probably the vibration from the many viewers shaking their heads across the nation when they see Ed spout off these allegations.

The Bizarre Battle of the ‘Goat’

Fans think Ed should be concerned with his own apologies for the way he treated Rose Vega. Instead, he reprimands Lisa by saying to her, “you have embarrassed America. You treated him like a little goat”.

But Ed didn’t stop with the goat comparison to Lisa’s 90 Day Fiance partner. After he tells Usman that Lisa treated him like a “goat” they both started in on their “goat” name-calling.

Both Baby Girl Lisa and Big Ed toss around the word “goat” a few times. They accuse one another of either being a goat or treating someone like the little farm animal. It’s an odd comparison, but there’s plenty more.

90 Day Fiance: Before the 90 Days – Screaming Through the ‘Tell All’

Now Lisa and Ed start screaming at each other in a cut-throat showdown. After Ed and his “goat” finally subside, Lisa has her say. She reminds Big Ed and the audience of the accusations recently made against Ed. Lisa said:

“This f—ing pervert that’s got charges of sexual harassment. Look at the charges he’s got. This f—ing pervert has been grooming women, the women are coming out of the woodwork”. All Ed could say was,  “you believe anything you read on the internet.”

Baby Love Drops The Hammer On Soja – 90 Day Fiancé: Before The 90 Days

Baby Love Drops The Hammer On Soja – 90 Day Fiancé: Before The 90 Days

Lisa was referring to a woman online who made accusations against Ed. Then the woman, known only by her online handle on TikTok, Lordakeet, said she signed a non-disclosure agreement that doesn’t allow her to talk about it.

Baby Girl Lisa had her own problems with Usman while on the show, as seen in the video above. But Lisa isn’t a woman likely to let a man take advantaeofher

Ironically Big Ed doesn’t seem to see himself as an embarrassment to America, yet he thinks he sees this in Baby Girl Lisa. Reports suggest this is the most explosive “Tell All” segments to come out of the 90 Day Fiance franchise.