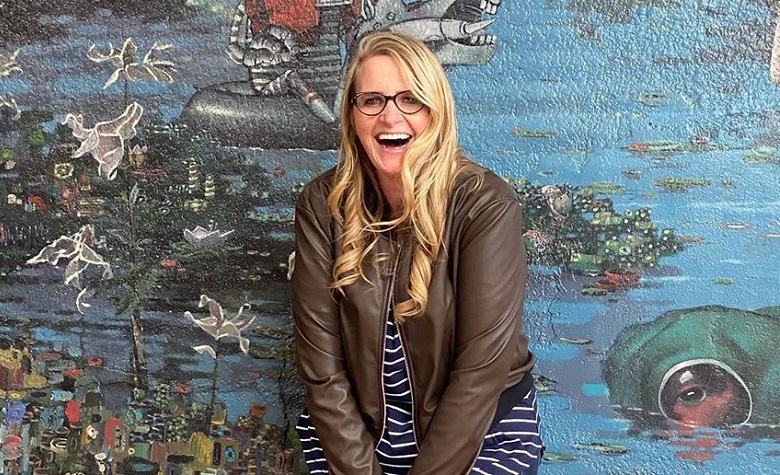 Christine Brown might be the third wife in the Sister Wives family but from the looks of things, she’s found a great way to grab the fans’ attention today. Christine probably didn’t realize that her latest post would leave her followers awestruck but it did.

It looks like Christine Brown makes an attempt to sell the LuLaRoe clothes that she’s wearing. But this post seemed to backfire for this Sister Wives’ spouse. The sales pitch is lost almost immediately when fans first look at Christine in her workout clothes.

It appears fans aren’t focused on the clothes that this Sister Wives star wears. No, it’s the way Christine looks in them that seems to blow away the fans. While the smaller Christine that you see today is nothing new, this latest view shows just how hard she’s worked. 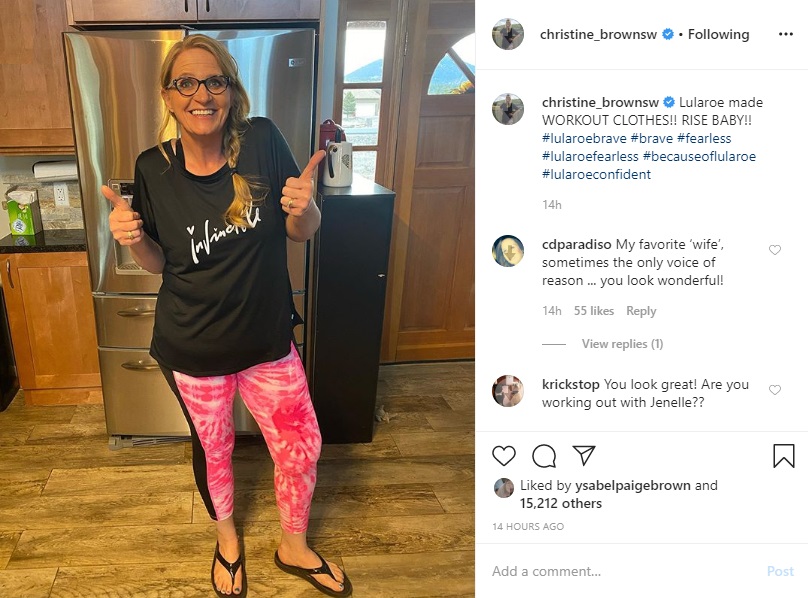 Put Yourself in Christine’s Place

Christine Brown started on this weight-loss regiment a while ago. Sister Wives followers compliment her frequently for losing weight and especially doing the hard job – keeping it off. But with this latest post fans can see the extent of Christine Brown’s weight loss.

There are many reasons people want to lose weight. For one, you feel much better. But it also helps in the looks department. It’s probably hard for most women to put themselves in the place of a wife from Sister Wives.

Christine is one of four women vying for the attention of one man. Each wife seems to need a different level of Kody Brown’s attention. But his third wife appears to need a bit more than the others.

Ouch! Kody admits he doesn't get as much joy seeing his four wives get along anymore. See what happened next, tune in to #SisterWives tonight at 10/9c.

Christine Brown is looking good these days. Whether her shared Sister Wives husband has told her this or not is unknown. But her fans sure have.

It’s hard to imagine Christine ever looking elsewhere for a man’s attention. Mostly because she still seems head-over-heels crazy about Kody Brown. But does this new look help her gain more attention from the guy she shares with four women?

This TLC celebrity co-wife seems to demonstrate this need for Kody’s attention on the TLC series. She seems to dote on his words more so than his other wives. There have been times when she laughs at his jokes even when no one else seems to crack a grin.

But does her new look give her a better chance at grabbing Kody Brown’s attention? Keep an eye on Christine and the way she approaches Kody in the new episodes of Sister Wives on TLC Sunday nights at 10 pm EST.