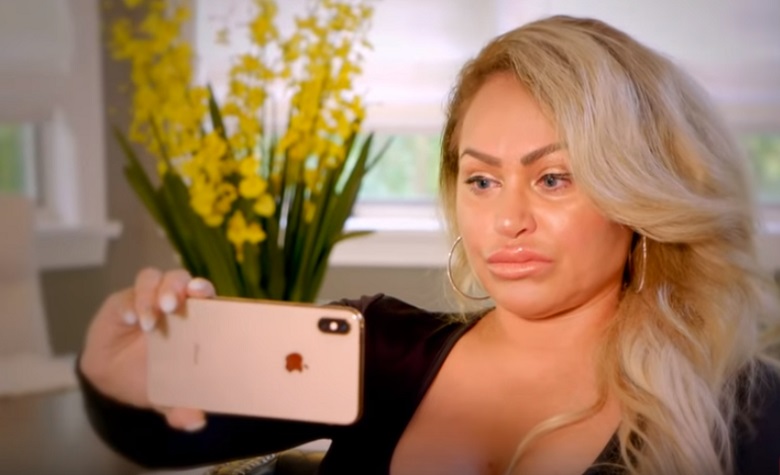 Darcey Silva hits the repeat button on her 90 Day Fiance life with everything the same except for the person in the role of her romantic interest. Despite the sadness that she endures over relationships she does have two bright spots in her life. One of the best things to happen to Darcey is her two beautiful daughters.

These teens are more than her offspring, they are also their mom’s friend. When times get tough they also seem to fill in as their Darcey Silva’s 90 Day Fiance therapist from time to time. Maybe it’s not the best role to put upon your kids, but these young ladies are mature beyond their years.

Darcey’s confusion around Tom Brooks is the same confusion she had about her 90 Day Fiance partner Jesse Meester. She also discusses her problems concerning Tom with her two girls, which is what she did when Jesse Meester caused her the same insecurities.

For one thing, Darcey’s girls are wise ahead of their years. They see the situation and seem to know better than to tell their 90 Day Fiance celebrity mom to back off. Instead, her daughters tell her to follow her feelings and find out for herself if there’s a future with Tom Brooks.

First of all, Darcey is at home in Connecticut nursing the wounds to her heart. She’s sounds overwhelmed with her insecurities over Tom, her newest 90 Day Fiance fellow. This is the same setting for her recuperating period over Jesse Meester. Along with that, Darcey still hits the same notes when crying over Tom that she did when wailing over Jesse. So, not much at all has changed.

Instead, she toys with accepting Tom’s invitation to meet up with him in New York City. This trip is what she puts on the table before her girls… should she stay or should she go? While most women have this kind of talk with their bestie, This 90 Day Fiance veteran pulls her daughters in for advice.

She tells them that she’s really confused and she’s not sure if she should travel to the Big Apple to meet Tom. New York City was a nightmare goodbye for Darcey and Jesse. 90 Days Fiance highlighted the curbside screaming, which was just one activity of the day with her first reality show love.

But the girls really do offer their mom sound advice. They tell her if she feels that way about Tom it might be time to meet him face to face and see the direction this takes her in. Darcey hiding her feelings of confusion from Tom isn’t the way to go, Aspen tells her mom. Will Darcey Silva follow the advice of her teen daughters?

90 Day Fiance: Time for Darcey Silva to Feel the Energy

Aniko talks about feeling the energy coming from Tom and the only way to do this is to meet him face to face. Depending upon that energy, good or bad, Aniko tells her mom that she’ll know which way to go.

After getting the blessing of her girls to make the NYC trip Darcey confesses to the 90 Day Fiance camera. She says:

“I think I want to go meet Tom. I owe it to myself to see if we could be happy and work it out. But I don’t know if his motives and intentions of wanting to see me are real.”

Remember how her NYC meet-up with Jesse ended? It was Darcey who exploded and made a scene on the sidewalks of New york. Will Tom’s meet-up bring a different ending?

Check Entertainment Chronicle often for the latest on all reality shows including 90 Days Fiance.