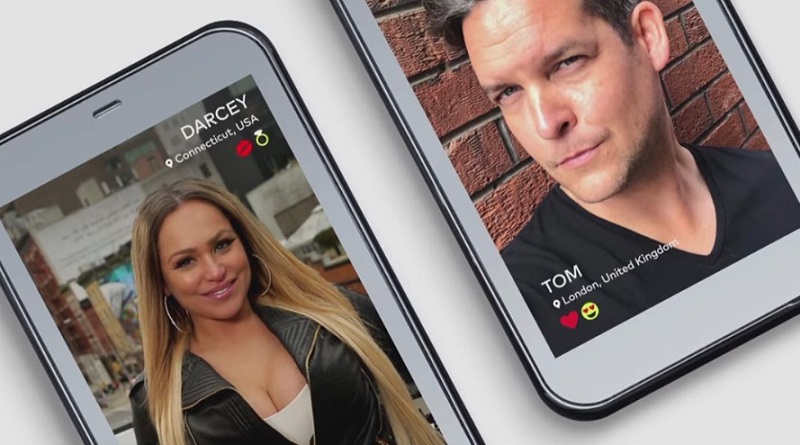 90 Day Fiance: Before the 90 Days puts Darcey Silva on another journey to find love but Tom Brooks might find Jesse Meester keeps getting in the way. From the first episode of the new season, Darcey Silva brings up Jesse’s name over and over again.

At one point Tom Brooks asks Darcey to stop talking about her ex. But for some unknown reason, Jesse Meester becomes a haunting entity for the 44-year-old Connecticut woman. It’s as if someone forgot to tell her Jesse Meester is no longer a part of this show when you see the number of times she mentions him.

By now Darcey Silva fans have created their own theories as to why she can’t let Jesse Meester go. Tom Brooks is the man she claims she wants to pop the question. But he’s constantly compared to Jesse on this season of 90 Days Fiance. It’s not just Darcey who spouts out Jesse’s name. Her twin sister Stacy has mentioned him several times already in the first few episodes.

Even Darcey Silva’s teen daughters, Aspen and Aniko, spewed out the name of Darcey’s ex in front o the 90 Day Fiance cameras. It seems her girls don’t want a repeat how their mom fell for Jesse, so at least they mentioned him as a source of worry. Even Jesse Meester surfaced with a comment about Darcey’s tendency to not leave him alone once getting wind of this.

Jesse Meester has a lot to say about Season 3 of 90 Day Fiance: Before the 90 Days. That includes comments about Darcey Silva. #90DayFiance #BeforeThe90Dayshttps://t.co/FN6469ejZW

Will Tom Brooks Throw In the Towel?

Stacy also worried about a repeat of Jesse with Tom Brooks on this new 90 Day Fiance season. She talked about Jesse as if Darcey still had some feeling for the guy. When Darcey told her twin that Jesse called in the wee hours of the morning, her sister didn’t suggest that she ignore him.

She asked Darcey if she called him back. When Darcey said no, Stacy seemed surprised that Darcey didn’t care to know what he wanted.

As with previous seasons of 90 Day Fiance, the cast usually doesn’t see the season until the fans do. While Darcey and Tom were aware of a lot of what went on, they didn’t know all of it. There’s a bunch of confessional-like solo shots of both the Connecticut native and her 007 from London.

The two get to see what each other had to say as the 90 Day Fiance episodes continue. If there’s really any love going on between the two, Darcey’s constant Jesse chats might put a damper on things. Habits are hard to break and it sounds like Darcey started out with Tom as a friend.

She claims she could talk to him about her woes with Jesse when they first met online. But now that friendship supposedly bloomed into a love match you’d think it would stop. But it looks like the habit formed. Darcey’s tendency to bring up Jesse to Tom started a long time ago and she may find it hard to put it to rest.

Darcey already brought up Jesse to Tom Brooks several times on the show after only two episodes so far. But according to the show’s previews, there’s more for Tom to witness. So far it seems Darcey starts talking about Jesse almost every time she’s on camera alone.

So even if there’s a chance Darcey and Tom made it through to this season of 90 Day Fiance and they are still together, Tom probably won’t find this appealing. He’s already said in a clip that Darcey is very emotional, which is something he doesn’t find attractive.

Many fans believe Darcey is still yearning for Jesse. There’s just too much about Jesse Meester cropping up for it to be anything else, suggest many fans today.

Make sure you come back to Entertainment Chronicle for all your soaps, reality, and TV show spoilers, scoop, and news.