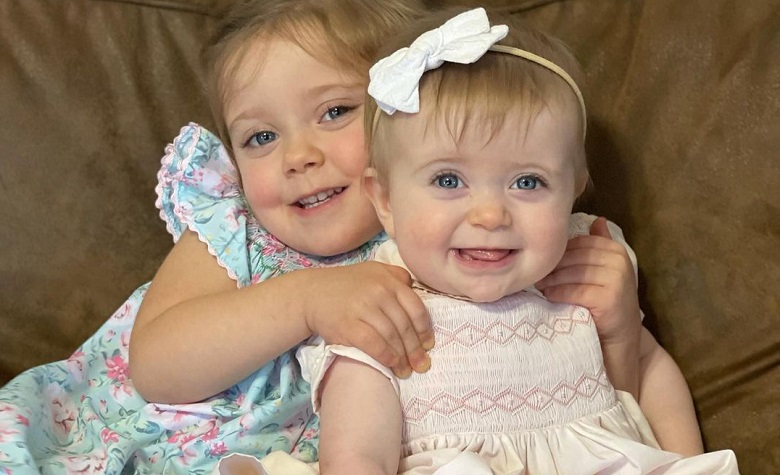 Counting On star Jessa Duggar has been silent on social media for months. Her sudden absence also sparked speculations about her pregnancy. She’s been spotted multiple times in some of the Duggar family’s recent gatherings, and some fans think she did show signs that she’s expecting again. Now, Jessa finally returned online with a hilarious clip of her daughter, Fern. It also appears that she’s going to remain silent amid the rumors of her pregnancy.

In a social media post, Counting On star Jessa Duggar shared an adorable clip of her daughter, Fern, looking for her lollipop. Later in the clip, they found out that the lollipop was stuck on the side of Fern’s clothes. Jessa and Ben Seewald couldn’t help but laugh when Fern finally saw her lollipop. “I was just saving that for later,” Jessa captioned followed by a laughing emoticon. Some fans also took to Jessa’s comments section to praise Jessa’s hilarious clip with her daughter.

Counting On fans are also glad that Jessa Duggar is finally back on social media. Some also left heartwarming welcome-back messages on Jessa’s latest post. Fans are also surprised to see how big Fern has become. It also appears that she can now walk more consistently as seen in Jessa’s clip. Some fans also think it’s only a matter of time before Fern starts talking. Apparently, fans have been impressed by the vocabulary of Jessa’s children. Many also believe that it’s due to Jessa’s incredible parenting and homeschooling techniques.

At this point, Counting On star Jessa Duggar has yet to share her next big project. It also appears that Ben Seewald has become more inactive online. According to some, it seems that the two are trying to live their lives behind the cameras. It’s been quite some time since Jessa last posted an online endorsement as well. But fans are not losing hope that they will eventually get back to their usual online activities.

There are also speculations that the Duggars are planning to make a big comeback this year. Many are also keeping their eyes closer to some of the pregnant Duggars. One of them is Joy-Anna Duggar, who’s expected to give birth in May 2023.