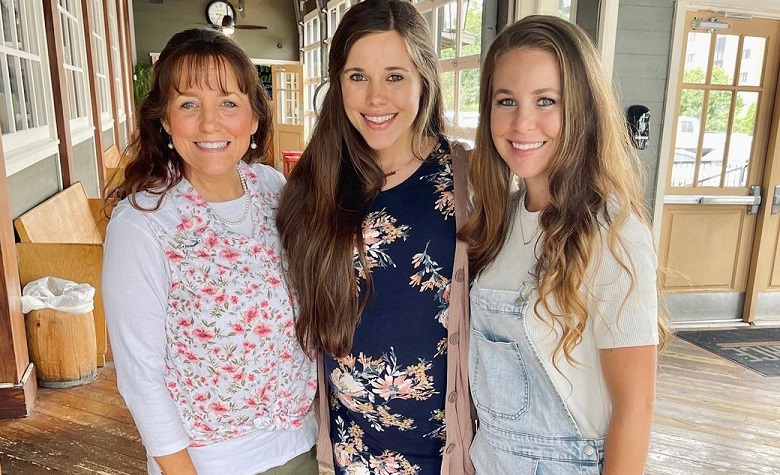 Counting On star Jessa Duggar has been silent on social media for months. Her sudden absence has also created several speculations including a possible pregnancy. According to some, a lot of pregnant Duggars usually stay silent on social media for quite some time before making a big announcement. At this point, nobody from the Duggar family has confirmed Jessa’s pregnancy. However, eagle-eyed fans appear to have spotted another piece of evidence about Jessa’s pregnancy during Joy-Anna Duggar’s recent vlog.

Counting On: Jessa Duggar Spotted With New Evidence Of Pregnancy?

Counting On fans from Reddit shared their thought on the possible new evidence about Jessa Duggar’s pregnancy. Apparently, Jessa was spotted during Joy-Anna Duggar’s latest vlog wearing an oversized sweater while seemingly covering her tummy with a bag. “The 2x-sized baggy sweatshirt only adds to speculation that she is pregnant,” one person said. Meanwhile, some pointed out that Jessa has given birth every 2 years, fueling her possible pregnancy even further. At this point, fans can only hope that Jessa will finally resurface online and address the pregnancy speculations.

Counting On fans were also surprised to see Jill Duggar in attendance during Joy-Anna Duggar’s recent vlog. Apparently, Joy-Anna gathered her sisters for a special bonding time. Michelle Duggar was also there, and fans are curious about how she and Jill interacted. It’s known that Jill has been estranged from her parents for years. However, she has already made it clear that they’re heading toward healing, and it seems that things are finally getting better between them.

Counting On: Joy-Anna Duggar Praised For Spending Time With Family

Counting On fans are also praising Joy-Anna Duggar for her efforts in bringing her family closer together. Apparently, there hasn’t been a lot of Duggar gathering lately. Due to this, fans are glad that Joy-Anna is starting to make some efforts to spend time with her family. Fans also got excited after seeing Jana Duggar looking so happy. Meanwhile, fans are hoping that the Duggars will continue to make such bonding time to heal much faster from all the negativities they faced last year.

On the other hand, James Duggar appears to be doing the same thing. However, he focuses more on his bonding time with his brothers and friends. Fans are also hoping that Jim Bob Duggar will finally return to his wholesome content on social media. What are your thoughts on the family? Can they ever truly come back together as they once were? Let us know in the comments below.

’90 Day Fiance’: David Shares What He Relishes The Most In Thailand
‘Sister Wives’: How Did Kody React To Christine Getting Ready To Date?
‘Counting On’: Joy-Anna Stuns In Jeans, Enters 24th Week Of Pregnancy
‘Sister Wives’: Should Christine Be On ‘Dancing With The Stars’?
‘Sister Wives’: Madison Brown Stuns In 38th-Week Pregnancy Pic