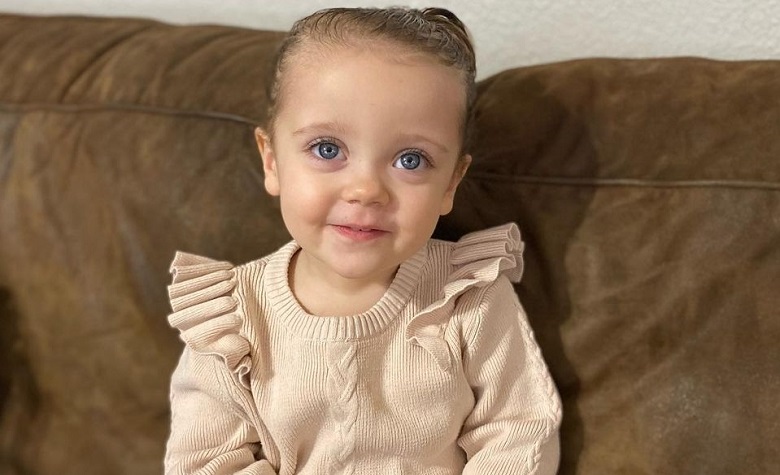 Counting On star Jessa Duggar loves to share wholesome updates about her family. Most of the time, Jessa shares adorable clips and pictures with her kids. Fans are also praising Jessa for her efforts on making unforgettable memories with her kids and staying positive amid all the controversies of the Duggar family. Now, Jessa is back to share another update for the fans. This time, Jessa shares an adorable clip of her daughter, Ivy, singing.

In a social media post, Counting On star Jessa Duggar shared an adorable clip of Ivy singing. Apparently, Ivy is singing a song about cookies. Later in the clip, Jessa asked Ivy about her apron. According to Ivy, she’s wearing a “cookie dough maker.” She also said that it helps keeps the cookie dough from getting into her clothes. Ivy’s adorable conversations with her mother leave fans in awe. Some even took Jessa’s comment section to talk about Ivy’s vocabulary despite her young age. “She’s too funny for words. Her vocabulary is rather impressive, though,” one fan said. “She is so adorable. Her vocabulary is great for her age. Good work mama,” another fan added.

Counting On fans also noticed Fern’s adventures around the house during Fern’s adorable clip. According to some, it seems that Fern is becoming more used to walking. Jessa also took to social media recently to share an adorable clip of Fern using the toilet as her toy burial. Meanwhile, fans have been praising Jessa for her incredible parenting. She often relishes every moment and allows her kids to do what they want instead of restricting them. Fans also love how disciplined Jessa’s kids are, which is another example of Jessa’s good parenting.

Counting On: Where Will Jessa Duggar & Famly Celebrate Thanksgiving?

Some members of the Duggar family are starting to share their thanksgiving preparations. One of them is Counting On star Joy-Anna Duggar, who recently revealed that she’s going to spend Thanksgiving in Texas with Austin Forsyth’s family. At this point, Jessa Duggar has yet to share where they’re going to celebrate the holidays. But fans assume that the Duggar family might hold a big gathering like they usually do. However, some fans are curious about how Jim Bob Duggar and Michelle Duggar will handle it after all the stressful events that happened to the family.

It’s clear to see that the Duggars are trying their best to stay positive after all the controversies they faced since Josh Duggar’s conviction. Meanwhile, fans are hoping that the big family will have a happy Thanksgiving despite all the recent challenges. Do you think they can have a happy holiday? Let us know in the comments.