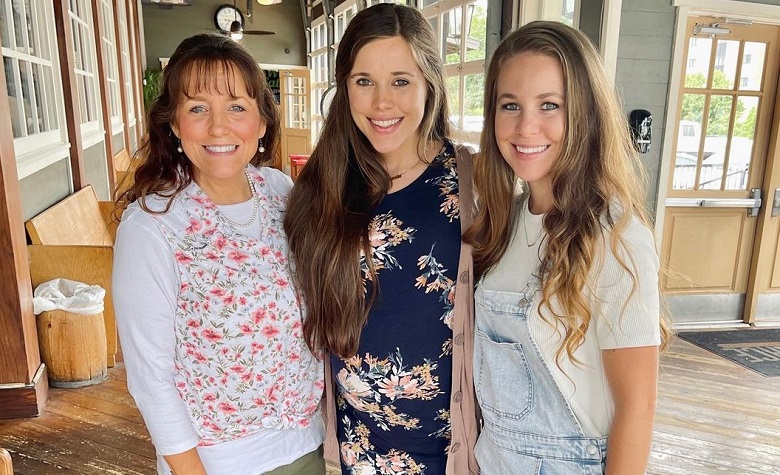 Counting On star Jessa Duggar has been sharing adorable updates about her family. More recently, Jessa made headlines after sharing the second part of her house tour vlog. Fans are impressed by her minimalist household. Now, Jessa is back to share another update with her fans. This time, she shares how she feels about turning 30.

Counting On: Jessa Duggar Shares How She Feels About Turning 30

In a social media post, Counting On star Jessa Duggar talked about how she feels turning 30. Apparently, Jessa celebrated her birthday earlier this month. However, she took to social media to reflect on her feelings about turning 30 over the weekend. “30 yrs old—or as I told Ben, ‘Halfway to 60!’ I don’t know what I was expecting, but 30 really feels no different than 29 to me,” Jessa said. “I’ve started to realize that I tend to get the ‘aged feeling’ a year earlier than the ‘big years.’ On my 17th birthday it really hit me and I felt soooo old, more so than my 18th,” she added.

Some fans related to Jessa’s experience. Some even took the comment section to wish Jessa a happy birthday. Jessa didn’t share many details about how she celebrated her birthday. Her fans are glad that she and her family are now living their best lives in their new fixer-upper.

Counting On star Jessa Duggar also took to social media to share a hilarious clip of her daughter, Fern. According to Jessa, her daughter just found a new toy burial and it’s a bit nasty. Apparently, Fern is now using the toilet to hide her toys. “Another one bites the dust. Last month she was throwing everything in the trash can, but this month she found a new location for her toy burials,” Jessa said. Instead of getting upset, Jessa said she finds it adorable and just lets Fern do what she wants. “I love this age and stage, even with all the toddler shenanigans. So cute!” she added.

At this point, Counting On star Jessa Duggar has yet to share any future projects. She has been busy with the renovation of their home. It also appears that Jessa wants to spend most of her time with her kids, focusing more time on her kids’ homeschooling as well. She even took to social media recently to share an incredible gadget that she uses to make kids’ homeschooling more fun. Fans absolutely love to see every update she shares.

Jessa is living her best life with her growing family. Fans hope that, eventually, Jessa and her crew will return to the small screen so that there are regular updates about their lives again. There’s no telling when or if that will ever happen though.