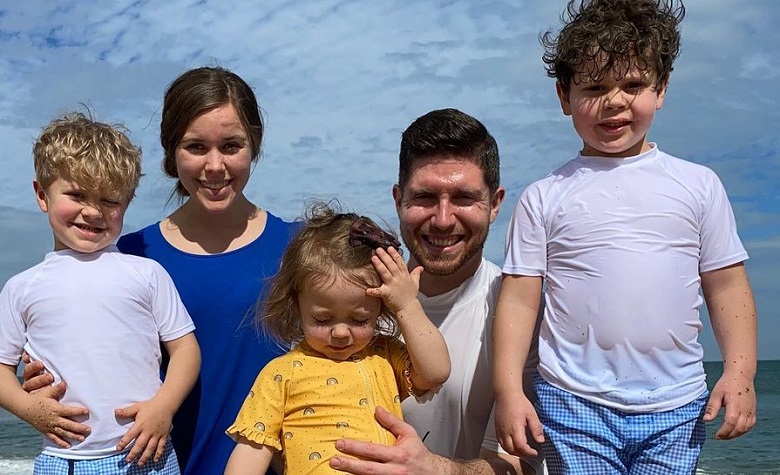 Counting On star Jessa Duggar has been keeping in touch with the fans lately. Most of the time, Jessa shares adorable pictures of her kids. Fans are also glad that Jessa is still sharing updates despite all the recent controversies of the Duggar family. According to some, it clearly indicates that Jessa is now focusing more on positivity after everything they went through due to her brother Josh Duggar’s conviction. Now, Jessa is back to share another update for the fans. This time, Jessa shares the thing she’ll miss about her kids.

Counting On: Jessa Duggar Shares The Thing She’ll Miss The Most About Her Kids

In a social media post, Counting On star Jessa Duggar shared an adorable clip of her daughter, Fern, playing with the toilet tissue. According to Jessa, moments like that are one of the things she’ll miss the most when her kids get older. “One day I’m gonna miss this,” Jessa captioned. Meanwhile, fans took Jessa’s comment section to praise her parenting and for not being a strict mother to her kids. Some also laughed at how Fern didn’t even acknowledge her mother upon seeing her while carrying the tissue. “She is so cute!!” one fan said. “She just wanted that one piece! Lol,” another fan added.

Counting On star Jessa Duggar also took social media to share a wholesome picture of her family. She also shared biblical quotes and how thankful she is for God’s creations. “Daily let us look up and down, left and right, take a deep breath, see the beauty and wonder of God‘s creation, and thank and praise him for it!” Jessa said. Fans were also left in awe with Jessa’s wholesome picture of Ben Seewald and the kids. “Beautiful family!” one fan said. “What a wonderful reminder to stop and enjoy the simple gifts and to thank God for them,” another fan added. This wasn’t the first time Jessa touched the heart of many due to her family. At one point, Jessa shared a hilarious clip of her family dancing to hip-hop songs.

Counting On: The Duggar Girls Have Been Busy

Aside from Jessa Duggar, Counting On fans also noticed that a lot of Duggar girls have been busy lately. One of which is Jinger Duggar, who’s been focusing on vlogs and her cooking show on YouTube lately. She also released a new children’s book recently, and it seems that she still has a lot of projects to come. Meanwhile, Joy-Anna Duggar has been busy traveling lately. She and her husband, Austin Forsyth, even went to Alaska weeks ago, and fans are excited to see more of their adventures.

It’s clear to see that the Duggar kids are starting to live their own lives after TLC cut ties with the family due to Josh Duggar’s arrest. However, fans are not losing hope that some of them will eventually get a big break from the network.