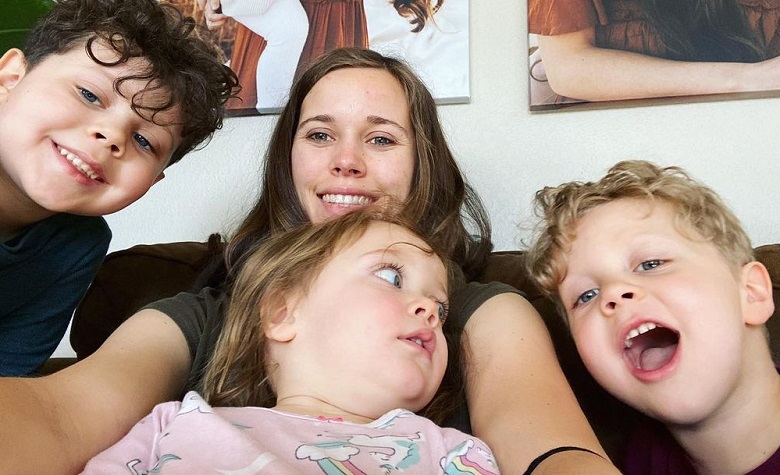 Counting On star Jessa Duggar has been keeping in touch with the fans lately. Most of the time, Jess shares adorable pictures and clips of her family. Fans are also praising Jessa for her efforts on making unforgettable memories with her family. Additionally, they’ve noticed that Jessa’s family is only getting happier since their recent move to a fixer-upper. Now, Jessa is back to share another update for the fans. This time, Jessa is sharing a hilarious clip of her family dancing to hip-hop.

In a social media post, Counting On star Jessa Duggar shared a hilarious clip of her family dancing to hip-hop music. The kids were so hyped dancing. Ben Seewald also took the opportunity to show his dance moves as well. “Bedtime dance session,” Jessa captioned. Fans were also left in awe with the wholesome bonding time of the family. “Ben will run out of energy before they do,” one fan said. “Lil mam found that beat caught it and stuck with it lol” another fan added. It’s known that most of the Duggar kids grew up not allowed to dance and listen to hip-hop music. However, it seems that Jessa and Ben want to do some changes this time, and fans are loving it.

Fans Think The Duggars Are Slowly Stepping Away From Their Beliefs

Counting On fans also think that Jessa Duggar’s post about her family dancing to hip-hop is a clear indication that things are finally changing in the Duggar family. According to some, more and more Duggars are starting to step away from their traditions and beliefs. One of them is Jinger Duggar, who’s now regularly wearing pants and shorts, which has been against the family’s dress codes. Some of the married Duggar men have been allowing their wives to wear pants, as well. At this point, Jim Bob and Michelle Duggar have yet to share their comments regarding the recent behavior of the kids. They haven’t been online for quite some time as well, and fans think it’s due to Josh Duggar’s CSAM arrest.

Counting On: Jessa Duggar Shares Study Time Of The Kids

Jessa also took social media to share a clip from her kids’ study time. “The sun looks down on nothing half so good as a household laughing together over a meal -C.S. Lewis,” Jessa captioned. The clip shows Spurgeon studying for his homeschool, while Henry and Ivy colors books. Meanwhile, Fern left the fans in awe as she eats her meal. It’s clear to see that Jessa and her family are living their best lives in their fixer-upper. Jessa also took YouTube recently to share an official house tour video of their new home.

At this point, Jessa has yet to share what’s her big project. But some noticed she’s been busy making YouTube videos lately, and fans have been supporting her. What are your thoughts on her current and next ventures?