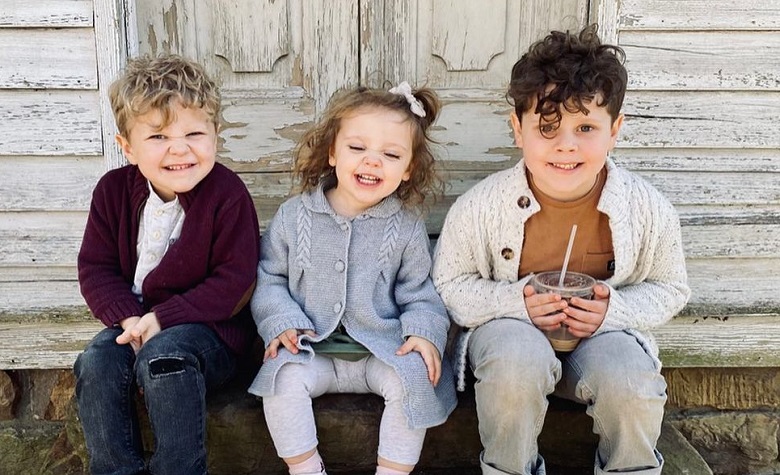 Counting On star Jessa Duggar has been sharing wholesome stories about her kids lately. It appears that Jessa and her family have been having a blast since the arrival of Fern. Most of the time, Jessa shares adorable clips of Ivy playing with her little sister. The mother has also been busy homeschooling Spurgeon as well. It also seems that Henry and Ivy are having so much fun joining their brother’s homeschool sessions. Now, Jessa is back to share one of her new techniques for making her kids study more efficiently.

In a social media post, Counting On star Jessa Duggar shared several clips showing off her new technique to catch the attention of her kids while they study at home. Apparently, Jessa is now using a drawing tablet for her kids. Jessa even shared clips of Henry, Ivy, and Spurgeon drawing and writing words on the tablet. It also appears that Jessa is in partnership with the product. She even took the opportunity to promote it and encourage her fans to use it with their kids as well.

Counting On star Jessa Duggar loves to share her homeschooling session with the kids, especially Spurgeon. She’s been standing firm on her decision to homeschool them. There are also times when Jessa answers back to the critics and shut them down for questioning her decision to homeschool Spurgeon. It’s clear to see that Jessa is dedicated to following her parents’ traditional homeschooling. But it seems that not everyone is a fan of homeschooling anymore. Apparently, Jill Duggar received tons of praise after sending Israel to a real school.

Counting On fans also shared their thoughts on Jessa Duggar’s recent post regarding her healthcare partner. Apparently, Jessa shared a lengthy message about how she’s been a partner of Christian Healthcare Ministries for 8 years. According to Jessa, the CHM is a biblical model, has no doctor networks, and budget-friendly options. However, some fans are not having it and told Jessa the complete opposite. “This did not work for us, unfortunately, it was extremely stressful under this, and a lot out of pocket,” one fan said. Meanwhile, some are telling Jessa that other countries have healthcare covered.

At this point, it’s unclear if there are other Duggars in partnership with CHM. But fans think it’s highly possible due to the habit of the Duggars following each other’s footsteps. One example homeschooling their children. What are your thoughts on all of this? Do you think the kids are thriving? Let us know in the comments.