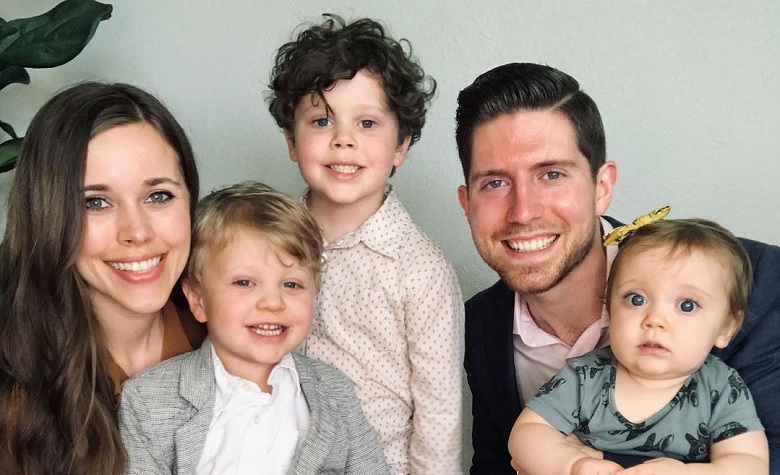 Counting On star Jessa Duggar has been making headlines after announcing their new house. Apparently, fans aren’t having any of Jessa’s claims that she and Ben Seewald worked hard and saved for the house. However, fans noticed that Jessa is no longer backing down from haters as she kept on shutting them down. It also appears that Jessa no longer hides her shady behavior when it comes to critics about her homeschooling. It’s known that Jessa has been homeschooling her son, Spurgeon. Some think that Jessa should’ve enrolled the kids in a real school. However, Jessa shuts them down with her shady comments, showing no signs that she’ll stop homeschooling the kids.

Counting On: Jessa Duggar Slammed For Homeschooling Her Kids

In a social media post, Counting On star Jessa Duggar shared a picture of her son, Spurgeon, studying in their living room. “Too cool for school,” Jessa captioned. However, instead of receiving praises, Jessa was showered with criticisms due to her decision not to enroll Spurgeon in a real school. “So sad and lonely looking,” one person said. However, Jessa didn’t hold back and said, “You mean, peaceful and tranquil.” Jessa also replied to some of the comments where she insisted that her decision to homeschool Spurgeon is right.

Jessa Slammed For Shutting Down Critics

Counting On fans also took Reddit to share their thoughts about Jessa Duggar shutting down the critics calling her out for homeschooling Spurgeon. “It’s so healthy to have your child grow up with hundreds of people,” one person said. Meanwhile, some pointed out that Jessa is starting to talk like her father, Jim Bob Duggar, especially when it comes to her parenting. “I’ve always thought she talks like JB, the way they both state really obvious fact like they’re profound intelligent insights,” another person added. At this point, Jessa is still holding strong to her decision of homeschooling her kids. Meanwhile, fans are hoping that it won’t affect her children in the future.

Counting On: Will The Newlywed Duggars Follow The Homeschooling Tradition?

Counting On fans have seen multiple Duggar kids get married in recent years. Some of them are about to have their first child as well. Due to this, fans are hoping that the Duggar kids won’t follow their family’s strict tradition of homeschooling. Apparently, Jill Duggar enrolled her son, Israel, in a real school. According to some, Jill did a great job of stepping away from her family’s traditional homeschooling. Fans are also predicting that some of the newlywed Duggars will not homeschool as well. One of them is Justin Duggar, who’s been trying his best to change his lifestyle since marrying Claire Spivey and moving to Texas.

It’s clear to see that the Duggars are still being criticized for homeschooling, especially Jessa. However, it seems that Jessa will keep the tradition going.