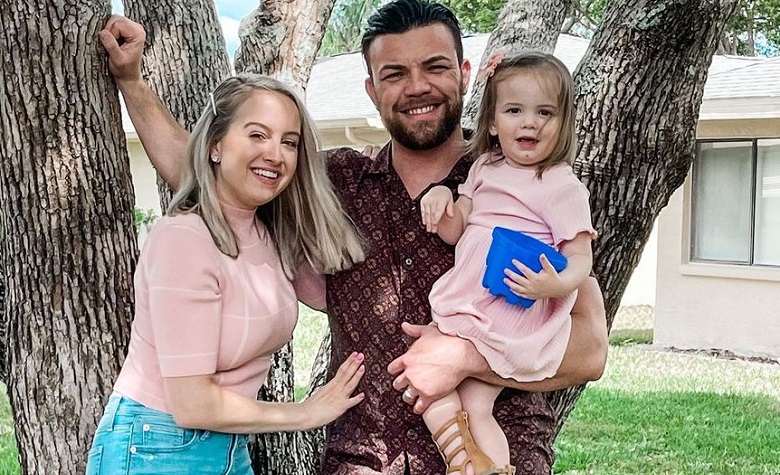 90 Day Fiance stars Andrei Castravet and Elizabeth Potthast have been keeping in touch with the fans lately. Most of the time, Andrei and Elizabeth share adorable updates with their kids, Winston and Eleanor. Fans have been enjoying the couple’s YouTube channel where they share playtime with Eleanor. Now, Andrei and Elizabeth are back with another wholesome update. This time, the two are celebrating their daughter’s birthday. Andrei left the fans in awe with his birthday message for his “mini-me.”

In a social media post, 90 Day Fiance star Elizabeth Potthast shared a stunning picture with Andrei Castravet and their son, Winston. Apparently, they’re celebrating Eleanor’s birthday. “Big Man Win in his birthday best at sissy’s party. Before you ask where is Ellie in this pic- she’s off having too much fun,” Elizabeth captioned. The couple’s outfits quickly impressed the fans. According to some, it’s clear that they’re having a blast as parents to Winston and Eleanor.

Fans think Andrei has changed a lot since the arrival of his two kids. “You are just such a perfect family. Love following you, and I think Andrei is so misunderstood sometimes. All I see is a man protecting and loving his family so very much,” one fan said. “Ya’ll are just the coolest. I used to not be fond of you Andrei, but now I think you’re the greatest thing ever,” another fan added.

90 Day Fiance star Andrei Castravet also took to social media to share a heartwarming birthday message for Eleanor. “Everything about you, I love it!! Happy Birthday to my mini-me, my one and only daughter Ellie! And of course, the cake is the only thing we are gonna eat today!!” Andrei said. Fans agreed that Eleanor is starting to look more like her father. Others commented on the special bond between the two, which is often seen in their YouTube videos. Fans think it’s a clear example of Andrei’s incredible parenting.

90 Day Fiance star Elizabeth Potthast also took to social media to share birthday preparations for Eleanor. Many are impressed by what Elizabeth did. Some even asked if she hired an organizer for her daughter’s birthday. However, Elizabeth made it clear that she and her husband are the only ones who prepared everything.

It’s clear to see that Andrei and Elizabeth are one of the most successful TLC couples today. Fans are hoping that the two will continue to share more adorable updates with their kids, especially as Winston gets bigger.