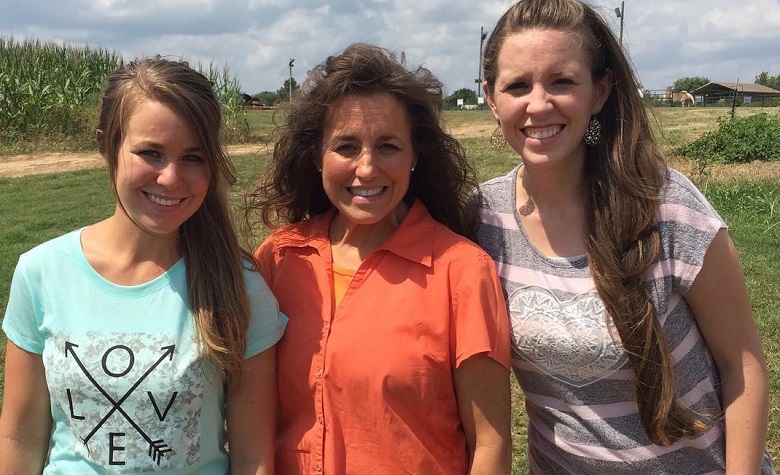 Counting On star Jill Duggar has been estranged from her parents for years. She has defied some of their beliefs and traditions throughout her estrangement such as chopping off her hair and getting her nose pierced. But as years go by, Jill began to rebuild her relationship with some of her siblings. It appears that she’s slowly stepping away as the “rebellious daughter” of Jim Bob Duggar and Michelle Duggar. Jill went to the headlines recently after she was spotted spending some time with Michelle. Fans are curious as to what brought Jill and Michelle’s relationship back.

Counting On: What Brought Jill Duggar & Michelle Duggar’s Relationship Back

Counting On fans from Reddit shared their thoughts on Michelle Duggar’s reunion with Jill Duggar during Joy-Anna Duggar’s recent vlog. Apparently, the vlog features some of Jinger’s sisters spending time with each other outside. Jill caught a lot of fans off guard with her attendance, especially with Michelle in sight. According to some, it’s possible that the two are finally working things out. Some fans also recalled the time when Jill revealed that her parents helped her when she had gallbladder surgery, and many believe that Michelle played a significant role in her recovery.

Will Jill Reunite With Jim Bob Next?

Counting On fans are also curious if Jill Duggar will reunite with Jim Bob Duggar next. It’s been quite some time since fans last saw Jim Bob on social media. There are reports that he’s still avoiding the public due to the negativities that Josh Duggar’s CSAM arrest brought to the family. However, Jill’s recent actions clearly show that she’s finally getting closer to her family. Fans also think that Jill and Derick Dillard might end up canceling the tell-all book that they teased years ago.

Counting On: The Duggar Family Finally Recovering From All Negativities

Counting On fans are also glad that the Duggars are finally recovering from all the stress they suffered in recent years. The big family has also made numerous gatherings late in December 2022. It also appears that the newborn Duggars are making the family closer together. At this point, Joy-Anna Duggar and Kate Duggar are currently the only pregnant Duggars. But there are speculations that Jessa Duggar might be expecting as well. Meanwhile, fans are looking forward to the newborn babies of Hannah Duggar and Abbie Duggar.

It’s clear that the Duggars are only getting bigger this year. Fans are also hoping that Jim Bob Duggar and Michelle Duggar will finally return online and share their bonding time with their newborn grandkids.