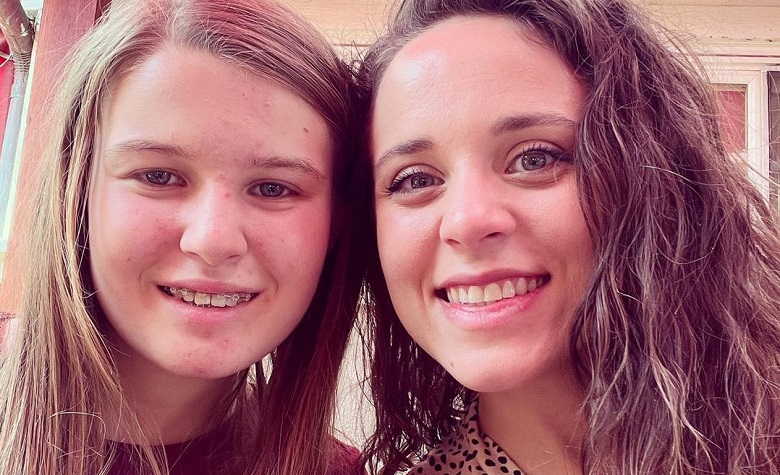 Counting On star Jinger Duggar has been keeping in touch with the fans lately. Most of the time, she shares her adorable pictures with Jeremy Vuolo. Fans have been noticing Jinger becoming more transparent with her daughters as well. According to some, she’s been posting more pictures and clips about them lately, even though they are facing backward. Now, Jinger is back to share another update for the fans. This time, Jinger shares her big plans for 2023 with Jeremy and their kids.

In a social media post, Counting On star Jinger Duggar shared a stunning picture of herself as she shares her big plans for 2023. According to Jinger, she has a lot of exciting things this 2023. She’s also looking forward to the release of her latest book, Becoming Free Indeed, by the end of January. Aside from that, Jinger also revealed that she has a few trips planned with Jeremy Vuolo and their kids. Due to this, fans can expect exciting content from Jinger. She also took the opportunity to thank the Christian Healthcare Ministries for being on their side since she and Jeremy got married. Additionally, Jinger shared the benefits she’s been getting from CHM and encourages fans to join.

Jinger Looking Forward For Another Book?

Counting On fans are already expecting Jinger Duggar’s upcoming book to be a big success. Some consider it one of her most controversial books so far. Apparently, Becoming Free Indeed will feature Jinger’s story about how she began to question the harmful ideology in her youth. Fans also think Jim Bob Duggar and Michelle Duggar’s reaction to the book will be interesting as it may damage their reputation. Meanwhile, fans think Becoming Free Indeed is going to be the first of many best-sellers for her. According to some, Jinger has been having big success when it comes to writing. Many are also looking forward to the return of her podcast with Jeremy Vuolo, which was teased last year.

Counting On star Jeremy Vuolo also took to social media to share that he won his recent indoor soccer league match. “Season 1 of the League was a vibe. Champions. Season 2 coming soon. Come and take it,” Jeremy captioned. It’s clear to see that Jeremy is still passionate about the sports that he loves. Apparently, Jeremy used to be a professional soccer player before he met Jinger Duggar. Fans are glad that he was able to get back into playing in an indoor league. Jeremy also shared clips of him blocking his opponents’ potential goals during the finals, which ultimately led to their championship.

It’s clear that Jinger and Jeremy are now living their best lives in Los Angeles. They have no plans in leaving, especially after buying their first official house in California. What’s next for Jinger and Jeremy?