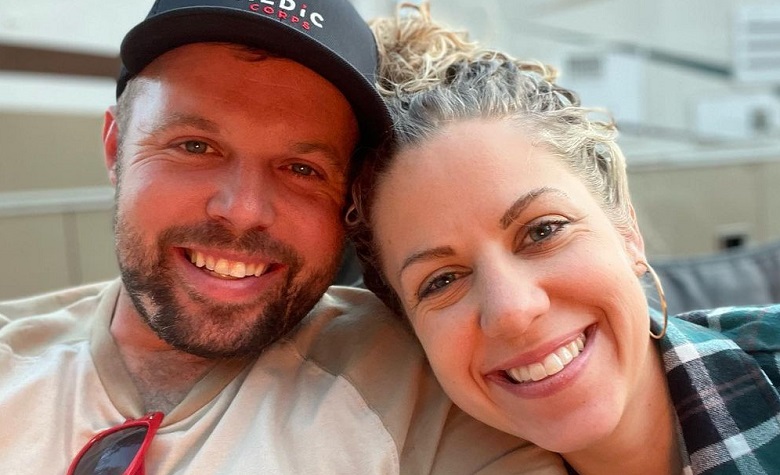 Counting On stars John-David Duggar and Abbie Duggar had an incredible 2022 due to the arrival of their second child, Charlie Duggar. Fans have been cheering for their growing family as well. Unfortunately for some fans, John-David and Abbie don’t share a lot of updates online. But recently, the couple was spotted by a fan and John-David quickly made a good impression. Apparently, John-David impressed the fans by being a “hands-on dad” in public.

Counting On: John-David Duggar Spotted Being A Hands-On Dad In Public

Counting On fans from Reddit shared their thoughts on a person who shared their experience meeting John-David Duggar and Abbie Duggar up close. According to the person, they stayed at the same hotel as John-David and Abbie for New Year’s Eve. They weren’t able to talk to each other. However, the person claimed that John-David was so hands-on when it comes to his kids. “I was shocked to see John be doting with his family and very hands-on. Even getting up with the fussy baby so that Abbie could eat her breakfast and help Grace,” the person said. “He did more in the 30 mins of my public observation than we saw Jim Bob do in all the seasons of their show combined,” the person jokingly added.

Fans Expected It From John-David

It’s clear that Counting On star John-David Duggar made a good impression on the fan at the hotel. However, some fans already expected it from John-David. According to some, John-David has been showing signs of being a good and responsible father ever since. “To be honest I always imagined he would Be a good husband and father. Strikes me as the type of guy that really wanted to get it right,” one person said. Meanwhile, others think John-David got his “hands-on” personality from taking care of his younger siblings years ago.

Counting On star John-David Duggar’s last social media post also left the fans in awe. Apparently, it’s their Christmas family picture which includes their second child, Charlie. Fans are also hoping that John-David and Abbie will become more active on social media this 2023. But some doubt it, especially with the arrival of their second child. Fans also think the damage that Josh Duggar’s conviction brought to the Duggar family forced a lot of them to lay low on social media for a long time.

Meanwhile, some fans are hoping that TLC would bring back the big family on the small screens once everything has cooled down and settled. Others are also hoping for a spinoff featuring some of the most popular kids of Jim Bob Duggar and Michelle Duggar. Would you like to see more from them again? Let us know.