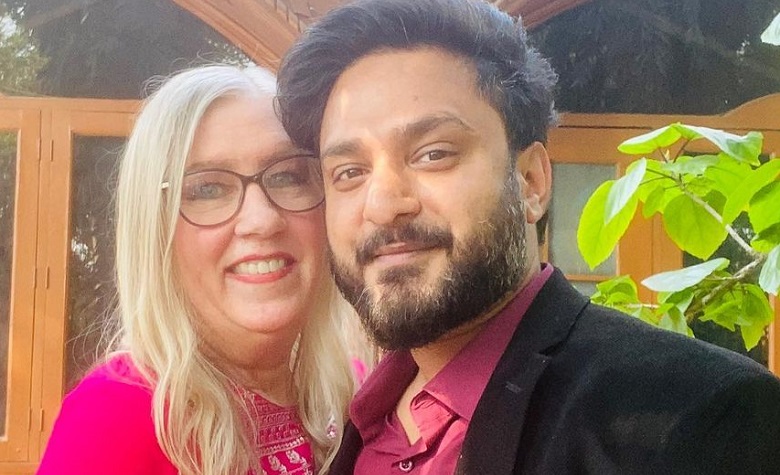 90 Day Fiance star Sumit Singh and Jenny Slatten have been keeping in touch with the fans lately. The two love to share their outdoor adventures together. Many are also praising the two for staying strong and overcoming all the struggles in their marriage. Now, Sumit and Jenny are back to leave fans in awe. Apparently, the TLC couple shared adorable pictures from their activities during New Year’s Eve.

In a social media post, 90 Day Fiance star Sumit Singh shared adorable clips from his recent outdoor activity with Jenny Slatten. It seems that the two celebrated New Year by going to a mall and local parks. “Happy new year! Happy 2023,” Sumit captioned. Fans also took to Sumit’s comment section to cheer and wish for an incredible year for them. Many are also commending Sumit and Jenny as well for the sincere love and positivity they bring online. They have also become an inspiration to many due to their dedication of fighting for their love.

What’s Next For Sumit & Jenny?

At this point, 90 Day Fiance stars Sumit Singh and Jenny Slatten have yet to share their plans for 2023. However, fans have seen how the couple love to travel in India. Due to this, fans can expect more adventures from Sumit and Jenny in 2023. Meanwhile, fans are hoping that things will get better between Jenny and Sumit’s parents next year. Apparently, Jenny celebrated Christmas with Sumit’s family, and fans think it’s a good step toward healthy relationships.

90 Day Fiance: Will They Move Back To The US?

Jenny Slatten has yet to share major updates about their plans on going to the US. It also appears that Sumit’s VISA is taking a lot longer than expected. Fans also think that Jenny has fallen in love with India and no longer has any desire to leave. Jenny’s daughter, Christina, also made headlines after paying a visit to her mother in India. Fans also love how Christina quickly got close to her stepfather, Sumit. Meanwhile, some fans are hoping that Jenny and Sumit will be the ones to visit next in the US.

It’s clear to see that Sumit and Jenny are one of the most successful TLC stars today. Fans also wish that the two will continue to stick around the franchise. It also appears that their growing popularity will easily help them earn more projects with TLC. Let us know your thoughts on the couple in the comments below.