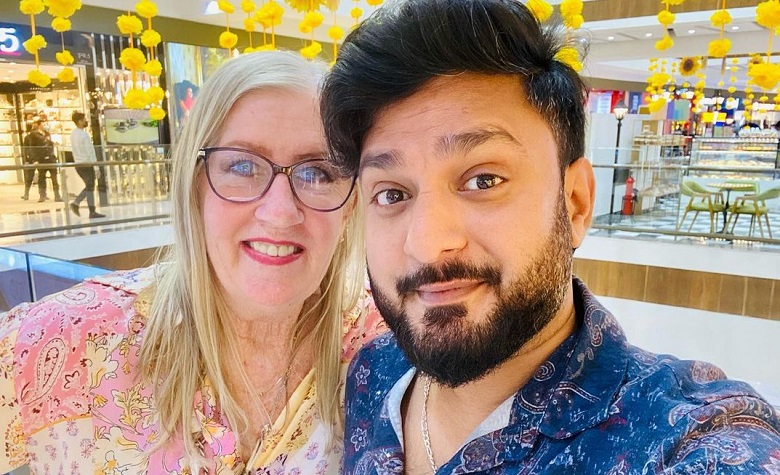 90 Day Fiance stars Sumit Singh and Jenny Slatten have been receiving a lot of support from the fans lately. Many are happy about how things have turned out for the pair. They were able to overcome all the challenges and are now living a happy life together. Jenny and Sumit have been in India for quite some time now. Most of the time, the two share their adventures in India. However, Jenny and Sumit’s recent clip confused the fans as some thought they were now in the U.S.

90 Day Fiance: Are Sumit Singh & Jenny Slatten Finally In The US?

In a social media post, 90 Day Fiance star Sumit Singh shares a clip from his recent outdoor trip with Jenny Slatten. “Positive vibes, positive mind, positive life .. enjoy,” Sumit captioned. Fans quickly noticed the places where Sumit and Jenny went and assumed that they were already in the U.S.

“Omg y’all made it to the US?!” one fan said. “I’m so pleased that you are trying America, such a much better quality of life,” another fan added.

Apparently, the latest episode of 90 Day Fiance: Happily Ever After? shows Jenny’s struggle to convince Sumit to come to the U.S with her. Sumit has already expressed his discomfort leaving his parents in India as well. At this point, Jenny has yet to confirm if they’re indeed in the U.S. But she recently took to social media to share that Sumit’s Visa is taking some time. Due to this, it is likely that they’re still in India.

Sumit also took his comment section to make it clear that very few people celebrate Halloween in India. Despite that, fans are still praising Sumit for making unforgettable memories with Jenny. The two also love to go on vacations in popular hotels in India. Fans can also expect to see more travel posts from the two as the holiday season arrives.

90 Day Fiance fans are also hoping that things will finally get better for Sumit Singh and Jenny Slatten in the 7th season of Happily Ever After? Apparently, the latest episode took a deeper dive into the couple’s struggles as Sumit prioritizes his work over Jenny. However, fans are glad that their problems aren’t that big. Many assume that they have already overcome their problems due to the positive posts that Sumit has been making on social media.

It’s clear to see how successful Sumit and Jenny have become in recent years. They’ve been an inspiration to many as well, especially when it comes to living such a positive life and overcoming all the challenges.