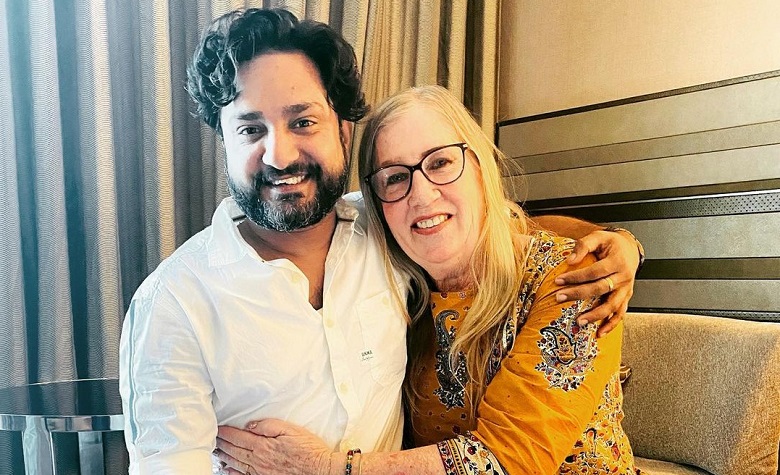 90 Day Fiance stars Sumit Singh and Jenny Slatten have been receiving praises lately. Apparently, the two have been trying their best to fight for their relationship. Fans previously thought that Sumit is just trying to stall his wedding with Jenny. However, fans think that he’s just stuck in the situation with his parents. It’s known that Sumit’s parents don’t want Jenny for him. Fortunately for Jenny, it seems that things are changing, and Sumit’s parents are starting to accept their love. Now, fans took Sumit and Jenny’s social media to praise them for staying strong together.

In a social media post, 90 Day Fiance star Sumit Singh shared a picture of him with Jenny Slatten inside a shopping mall. According to Sumit, he’s hoping that fans are enjoying their recent episodes in The Other Way. After that, Sumit said that he and Jenny are having a great time at the mall. Moments later, fans took Sumit’s comment section to praise them for staying stronger. “So happy for the both of you! Sumit come on man, marry your woman!” one fan said. “All the best to you 2, you deserve it really! Hopefully, you are going to get married soon,” another fan added.

90 Day Fiance fans have been tuning in to Jenny Slatten and Sumit Singh’s storyline in The Other Way. Apparently, things are getting interesting for the two as Sumit’s parents are starting to make efforts on getting to know Jenny more. However, fans think that Sumit’s parents went too far during the recent episode, especially during the yoga scene between Jenny and Sadhna. Apparently, Sadhna did a disturbing act after pulling out a string from her nose to her mouth. Jenny almost threw up upon seeing Sadhnah’s nose flossing.

90 Day Fiance: Fans Are Calling Out Jenny & Sumit For Their Dirty Habits

Despite the positivities, some 90 Day Fiance fans are still upset by Jenny Slatten and Sumit Singh’s dirty habits. Apparently, the previous episodes featured Sumit and Jenny’s dirty kitchen. Sadhna also expressed her frustration upon seeing the unorganized kitchen. Sumit and Jenny are notorious for their dirty habits. At one point, fans slammed Jenny for showing off her dirty feet while fixing their bedsheets during their previous episode.

Despite the critics, fans are happy that things are getting better between Jenny and Sumit. Fans also think that the two are finally heading for marriage after waiting for such a long time.