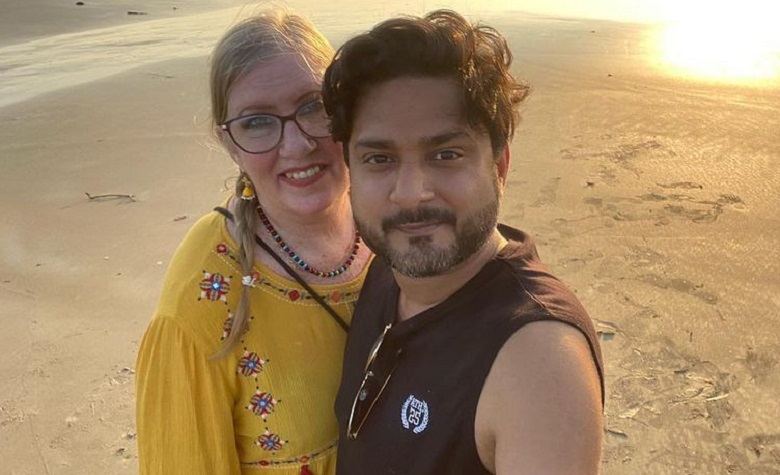 90 Day Fiance star Jenny Slatten is facing another challenge in her life in India. Apparently, Sumit Singh’s parents are starting to make ways to try and stop them from getting married. It’s known that Sumit’s parents don’t like Jenny for him due to their huge age gap. Now, TLC released a new teaser for the upcoming episode of The Other Way showing the willingness of Sumit’s mother, Sadna, to move in with them to test Jenny. However, Jenny seemed frustrated as she disagrees to live with Sadna.

In the latest teaser of 90 Day Fiance: The Other Way, Sumit Singh’s mother, Sadna, told everyone that she wants to move in with Sumit and Jenny Slatten. According to Sadna, she wants to teach Jenny about Indian culture and how to behave like a traditional Indian daughter-in-law. Sadna also made it clear that the two can’t get married right now. “I see what Indian brides are meant to be like, right? I will be teaching her that,” Sadna added.

After Sadna’s announcement, 90 Day Fiance star Jenny Slatten showed her frustrations during her interview. According to Jenny, she doesn’t like Sadna’s idea at all. “When I hear that Sumit’s parents want to move in with us, my first thought is no, and not just no, but hell no,” Jenny said. However, Sadna insists that she wants to live with her son. According to Sadna, they’re so attached to each other, which is why letting go of her son is not that easy.

90 Day Fiance star Jenny Slatten has been proving to everyone that she’ll do anything to marry Sumit Singh. She’s been going back and forth from the U.S. to India just to see and be with him. They’ve been planning their marriage for years. Unfortunately, the two have been facing so many roadblocks in their wedding plans. However, Sumit told Jenny during the teaser that his parents are giving him a chance to prove that they deserve each other. “They are giving me a chance to prove you deserve me, I deserve you,” Sumit told Jenny.

Jenny’s patience has been challenged for years. However, it appears that Jenny has reached her final test to marry Sumit. Will Jenny prove that she’s worthy?