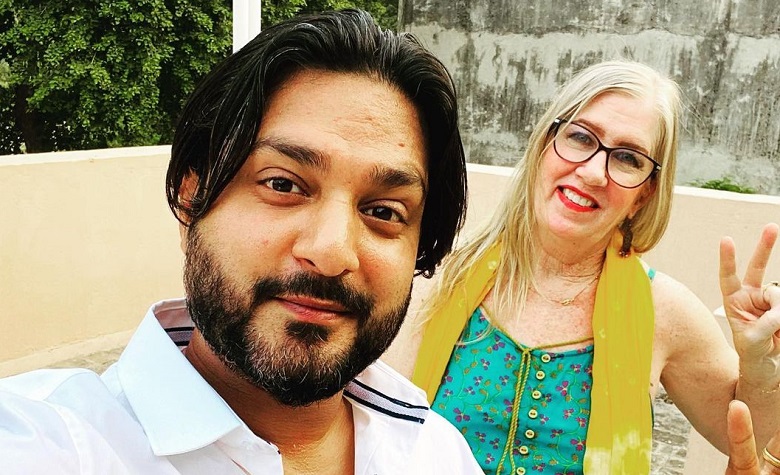 90 Day Fiance stars Jenny Slatten and Sumit Singh have been proving the fans wrong with their relationship. It’s no secret that Jenny and Sumit have been questioned many times due to their age gap. Viewers also thought that the two wouldn’t last due to the never-ending obstacles in their relationship. However, Jenny and Sumit have been showing everyone that age doesn’t matter and they can face any challenges as long as they’re together. Now, Sumit took social media to share another sweet morning date with Jenny. Meanwhile, Sumit’s post comes after the release of 90 Day Fiance: The Other Way season 3 trailer where TLC teased an intense moment between Sumit and Jenny.

In a social media post, 90 Day Fiance star Sumit Singh shared a sweet picture of him with Jenny Slatten. “Coffee time! some of our random clicks,” Sumit captioned. Sumit and Jenny have been sharing sweet pictures of them online. At one point, fans were left in awe after the romantic clip of Sumit and Jenny walking around a yard while holding hands. Meanwhile, fans took the comment section of Sumit’s moring date post with Jenny to share how excited they are for the new season. “Excited to see you guys again on the new season,” one fan said. “Can hardly wait for the show!” another fan added.

90 Day Fiance fans were shocked about the heated argument between Jenny Slatten and Sumit Singh in the latest teaser of The Other Way. Apparently, Jenny and Sumit are still arguing about their marriage. According to Jenny, she came to India just to marry Sumit so that she wouldn’t leave India again. However, Sumit is back at it again with his stalling tactics, seemingly making excuses to delay their marriage. According to Sumit, he cannot change the situation. Moments later, Jenny showed her frustration and told Sumit that she’s not going the keep coming back every six months for nothing. Jenny even threw the chair as she walks out of their conversation.

At this point, 90 Day Fiance fans are still waiting for Jenny Slatten and Sumit Singh to finally tie the knot. However, the two haven’t shared any updates about their marriage plans for months. Meanwhile, reports claimed that they’re already married and are just hiding it due to their upcoming shows with TLC. Meanwhile, Sumit and Jenny often post their sweet time together on social media. The two have been traveling a lot lately as well after recovering from Covid-19.