90 Day Fiance stars Jenny Slatten and Sumit Singh are definitely one of the most controversial couples on the show. They had their fair share of ups and downs, some of which was documented on the show. Despite everything, the couple seems to be going strong after 7 years. In fact, just recently, they shared a photo of them having a romantic date in a restaurant. There’s not a lot going on in the picture except the noticeable bands on their fingers. Are Jenny and Sumit teasing something big? Check the pic down below.

It’s no secret that 90 Day Fiance stars Jenny Slatten and Sumit Singh have been planning to get married for quite some time now. However, Jenny is still waiting for Sumit’s divorce from his arranged marriage. Sumit has been silent about the current status of his divorce. But fans believe that it’s already been done and they just kept it hidden. Some even think Sumit already married Jenny in secret.

In an Instagram post, Sumit and Jenny are both wearing a ring on their wedding fingers, seemingly teasing that they could be married already. The couple has yet to confirm if the speculation is correct. 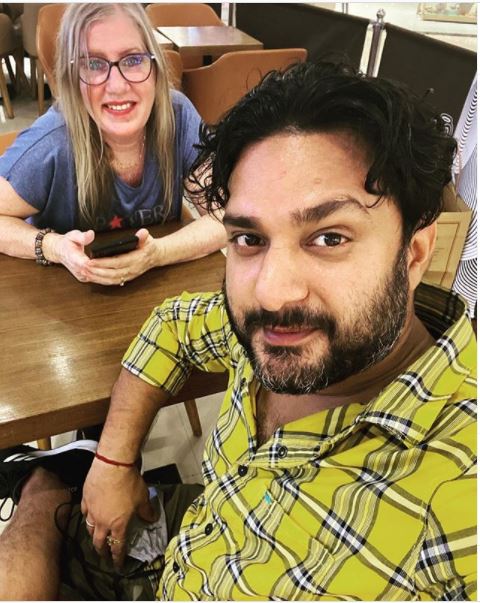 Jenny And Sumit’s Marriage Might Be Sooner Than Expected

The 90 Day Fiance star Jenny Slatten previously shared a photo on social media where she dons an Indian garb, which has been speculated to be an Indian wedding dress. Aside from that, Sumit Singh has been living with Jenny for quite some time now. Also, Jenny and Sumit have been together for 7 years, which clearly indicates that the couple is ready for heavier responsibilities.

90 Day Fiance stars Jenny Slatten and Sumit Singh have faced a lot of challenges, especially when Sumit’s parents found out their secret relationship. It’s known that Jenny lived with Sumit’s parents for four months as a friend. Her lies backfired to her massively as she lost the trust of Sumit’s parents. However, Jenny recently tried to defend herself on social media. According to her, she won’t be wasting her time on people who believe in lies. It seems that Jenny is firing shots at TLC for their way of editing to create a bad side on her past. It’s no secret that TLC has been notorious from its previous casts when it comes to their misleading edits to create more drama.

At this point in time, Jenny and Sumit seemed to have settled to their own house in India. Jenny has no news for the fans if she was finally forgiven by Sumit’s parents. However, Jenny and Sumit seem to be teasing their fans with clues about their alleged marriage recently.

Come back to Entertainment Chronicle for your latest TLC updates and news.