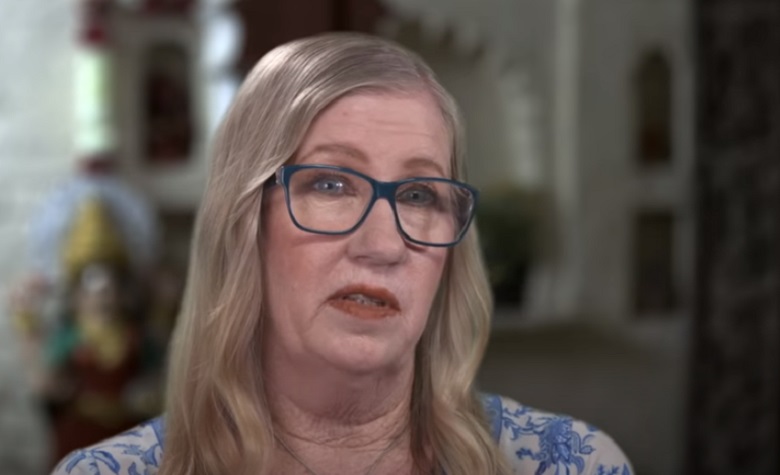 90 Day Fiance celeb Jenny Slatten appears rattled to the core after the bashing she endures on social media, so she’s asking people not to believe the lies. But she doesn’t actually offer any detail on what lies they shouldn’t believe.

While some fans are still pro-Jenny many feel the 90 Day Fiance star duped them and they’re angry. For some fans, it looks like Jenny Slatten has just presented one of the biggest disappointments coming from this TLC reality series.

Viewers supported Jenny in her quest to find love with Sumit. But while they did, they believed everything this 90 Day Fiance star told them. Today for some fans, it looks as if they made a mistake.

While some viewers believe Jenny Slatten’s seemingly genuine demeanor might not be as genuine as fans believed. The social media sites are filled with comments bashing Jenny.

They seem to think she’s been caught in lies after Sumit’s parents talked on camera. While it sounds suspicious, it might not have been Jenny after all. Maybe TLC’s editing created Jenny’s side of the story for the drama.

If so, it wouldn’t be the first time that the network would be accused of taking liberties with editing. They may have even gone a step further and asked that Jenny and Sumit present their love affair the way it played out on 90 Day Fiance.

While no one knows for sure just how this all transpired, Jenny is begging her fans not to believe the lies.

Fans backed poor Jenny against Sumit’s parents who reportedly didn’t like her. But that wasn’t the case because it seems at one point they not only liked her but let her live with them as well. This is what Sumit’s mom and dad tell the TLC cameras.

So, to many of the show’s fans, it appears today that Jenny didn’t tell the truth, or all of it anyway. As you can see in the photo below, Jenny and Sumit’s mom became good friends, years before the show ever aired.

While it seems the truth unravels as Sumit’s parents have their say, Jenny still takes a hard stand that she didn’t lie. It also looks like some fans are still backing the 90 Day Fiance celeb.

Jenny’s die-hard followers post words of encouragement through all this controversy. They tell her she owes no one any explanation and they suggest that she ignores the bashing as well.

Still, no one seems to know what Jenny is referring to when she asks her fans not to believe the lies. She also doesn’t point the finger at who is doing the lying. 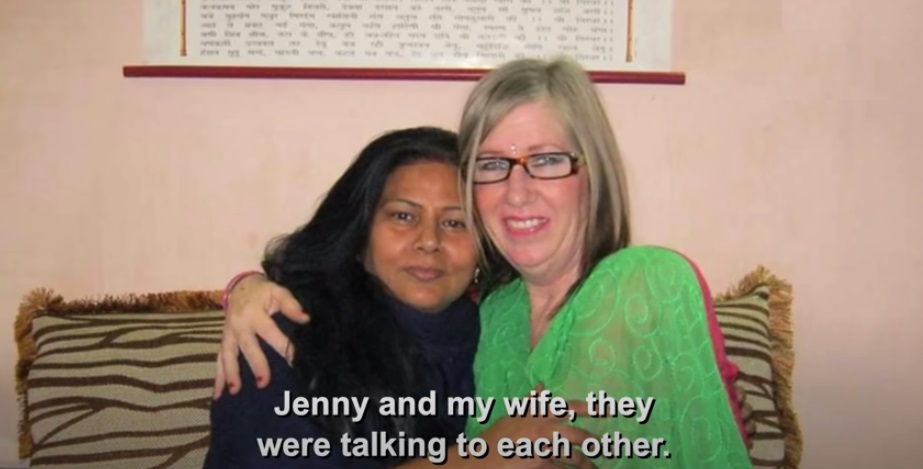 Another storyline fans question today is Jenny finding out about Sumit’s wife. While Sumit was in a loveless and arranged marriage, he’s still married.  So the 90 Day Fiance couple had a problem.

Jenny also seemed crushed over finding out Sumit had a wife. Despite it being an arranged marriage with no love on Sumit’s part, she still seemed devastated. But Jenny led fans to believe he lied to her. She said that she didn’t know he was married… but did she and the bigger question is did TLC?

Sumit’s Parents Let the Cat Out of the Bag

Jenny broke down in front of the 90 Day Fiance camera when seemingly learning about Sumit’s wife for the first time. This happened during her last trip to India. So she left.

Fans’ of the 90 Day Fiance series got behind the woman who sold all her worldly possessions to move to India to be with Sumit. Fans empathized with Jenny after Sumit never told her he was married. But she forgave him and went back. That’s where this new season picks up.

So fans backed Jenny and told her to ignore the parents. They suggested she find happiness with Sumit and follow her dream. That is until the parents spoke up in front of the TLC cameras. That clip appears in the video below.

Back in 2013, Jenny visited Sumit in India for the first time. The parents said Sumit told them she was coming for a week and that she was a friend. But she stayed for not one, two, or even three weeks. Jenny crashed at Sumit’s parents’ home for a total stay of four months back then. 90 Day Fiance followers weren’t aware of this.

The parents let her live there as Sumit’s friend. But when he started sneaking her into his room at night, the parents knew this was more than a friendship. So it sounds as if the parents were fine with Jenny at one point, especially since they opened up their home to her.

But knowing their son was a married man and Jenny wasn’t the one he was married to didn’t sit well with these 90 Day Fiance parents. This came as a shock to the reality series’ fans. It hit the die-hard supporters of Jenny especially hard.

Should Jenny Win an Emmy After All the Drama?

It is also reported that Jenny knew Sumit was married long before she seemingly found out on the 90 Day Fiance screen. So was that meltdown just good acting on Jenny’s part? Did TLC have something to do with this ploy?

This is India and the cultural differences are vast. Hooking up with a married man in the US, however unethical, isn’t something people disown you for. Well, except maybe the scorned spouse who’s been cheated on.

So, of course, Sumit’s parents don’t want Jenny with Sumit. It is their culture’s protocol, he has a wife. It also sounds as if Jenny was a houseguest that wore out her welcome when a one week stay turned into four months. So the parents have a history with her.

Sure Sumit lied to his mom and dad when telling them Jenny was just a friend during the 2013 trip. But she perpetuated that lie while living under their roof.

So today Jenny makes a plea to her fans not to believe the lies. But she falls short at putting some detail into this plea. What lies is Jenny asking the fans not to fall for?

Needless to say, there are still some fans who feel duped today after offering so much support to Jenny Slatten in the past. But she still has support from some of the fans who followed her story.

Most of all, fans are confused. They want to know the real love story behind Sumit and Jenny today and they’d like Jenny to offer details as to who is lying and better yet, why.