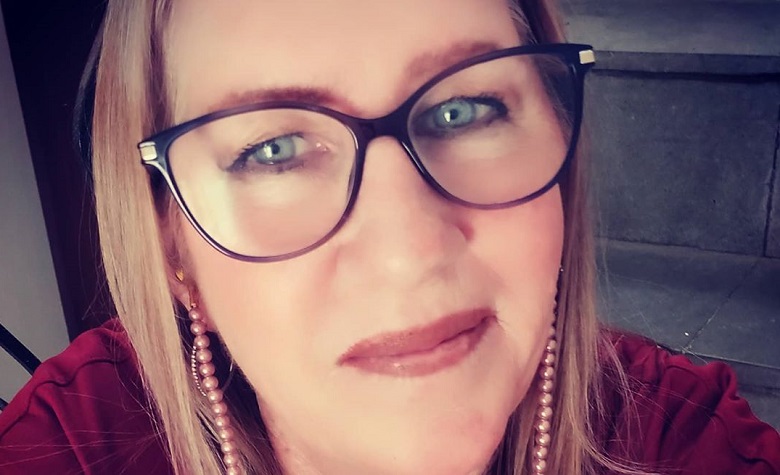 90 Day Fiance star Jenny Slatten was blindsided while basking in the happiness of true love and hurting no one, then – bam the hammer comes down. Jenny is 63-years-old and she’s done her duty of raising a family. She also loves being a grandmother.

With her family grown, this 90 Day Fiance celeb is beholding to no one, but that doesn’t mean she doesn’t care. This woman from Palm Springs loves her family members very much.

Jenny Slatten has paid the price many do when falling in love online. But she did this on 90 Day Fiance, so it was all filmed for the world to see the embarrassment of it all. 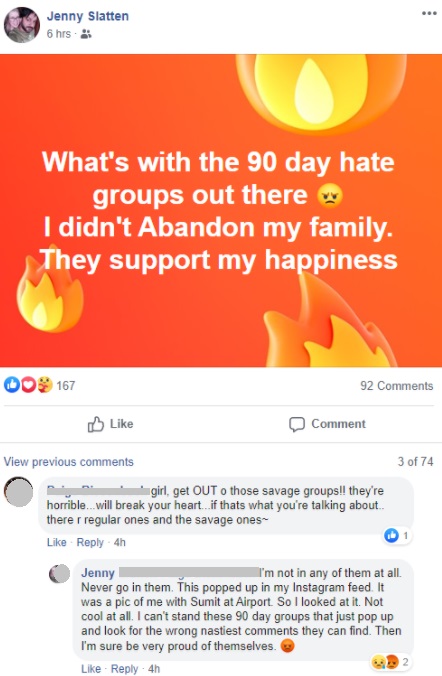 These two actually talked online for eight-years, so they knew each other well, or so Jenny thought. While Sumit was the guy she talked to all those years of their virtual relationship, he wasn’t the face she fell in love with.

No, after years of thinking the love of her life looked one way, he looked altogether different. Once she got used to Sumit’s real face, she realized it was what’s inside of him that she fell in love with. So, she forgave the catfishing incident and moved on.

Without a Home or Belongings

Then came Sumit’s parents who looked at their son’s perspective wife like she carried the plague. They were against Sumit’s plans of making Jenny his wife. That hurt but not as much as finding out just why they were against it.

It seems Sumit forgot to mention he already had a wife. His marriage was arranged and no love was involved but he lied to her about his single status. A devastated Jenny had given up her home and just about everything she owned to move to India to marry Sumit. But this was just too much.

Out and about enjoying the day in Pune over 2 months ago. #sumitandjenny #90daystheotherway #realitytv

90 Day Fiance viewers don’t need a reminder that Jenny Slatten has been through the wringer for this chance at love. It wasn’t just her life-long love of Indian food that kept her going. She loves the guy.

Now she’s back with Sumit in India. She’s ready for his atonement. He seems to be going about this the right way this time around. He might not stand up and yell it from the rooftops that Jenny is the love of his life. But he did get her that house he promised.

So far it sounds like her 90 Day Fiance future husband is doing all he can to make it up to her. So, just as the confidence starts to build around her relationship the hammer falls thanks to some fans of the TLC reality show.

It seems some fans dubbed Jenny a bad mother and uncaring person for abandoning her family. This bowled her over and now she comes out fighting.

She’s calling out the 90 Day Fiance groups that are circulating this stuff. Jenny wants everyone to know her family is grown and they support her happiness for a life in India 100 percent.

They talk about Jenny’s life as if she upped and left babies at home and ran off never to look back. Okay, maybe she made several foolish moves but only because she trusted Sumit. Now with this starting up Jenny asks if these 90 Day Fiance group people will just stop it.