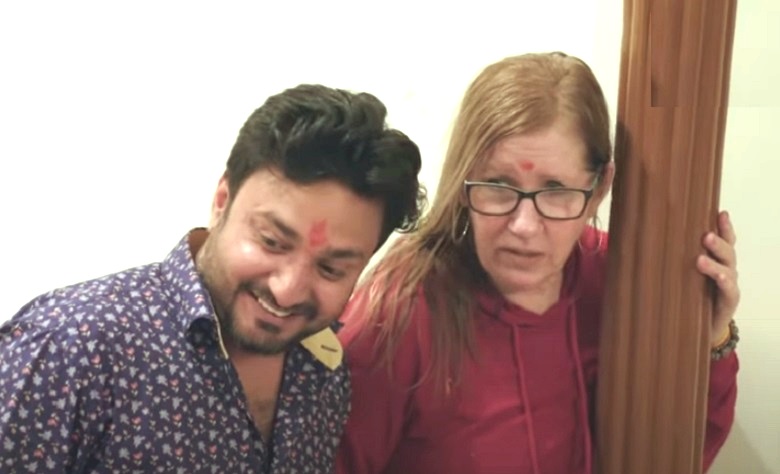 90 Day Fiance star Jenny Slatten sold everything she owned to move to the other side of the world so she could be with Sumit. Dismantling her life in the US wasn’t easy but her love for Sumit made her follow through on this plan. But once she got there as the woman Sumit planned to marry, this 90 Day Fiance celeb from America was in for a few surprises.

Sumit, who Jenny Slatten considers her soul mate, already had a wife. So, Jenny had to deal with her future holy matrimony plans a bit differently.

Heartache ensued and this 90 Day Fiance would-be bride was crushed. Then… she forgave him and they moved along with the Jenny-Sumit romance as it unfolds on this TLC reality series.

Jenny recently shared why she seemed to easily forgive Sumit for lying about being single. Apparently, she took his culture into consideration. But she had a lot of stuff to contend with when it came to loving Sumit, like his family. 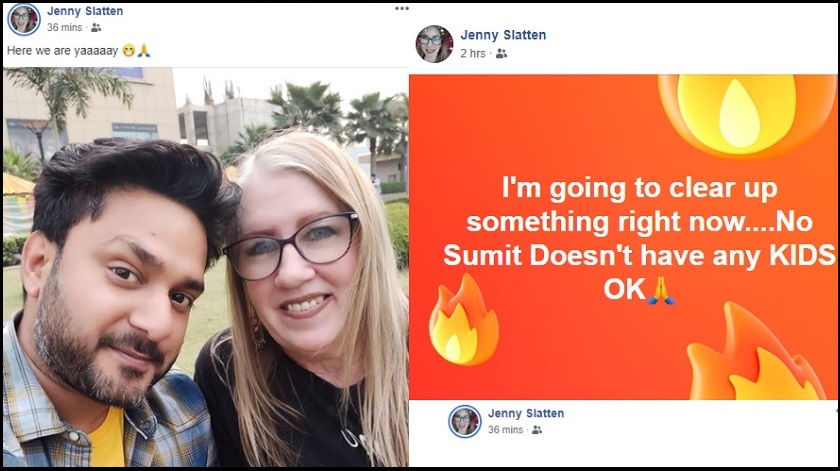 She wasn’t welcome with open arms by his family, who were against Sumit’s 90 Day Fiance plans to marry Jenny. This older American woman met with roadblock after roadblock but she came back for more.

Jenny decided to forgive Sumit for lying to her about being a single man. She felt it wasn’t his fault that he was married. His culture dictates arranged marriages and Sumit might be married in name but it had nothing to do with love.

Sumit didn’t want to lose Jenny Slatten, so he lied. Jenny found it in her heart to forgive him. It’s been a long rocky road so far for Jenny. So, just as she starts to see a glimpse of that light at the end of the tunnel for her life with Sumit, another problem pops up.

Jenny is a fan-favorite because she’s just so trusting, genuine, and sweet. But it sounded like this latest rumor really hit her hard because she felt the need to address it.

Along with her 90 Day Fiance partner being married, it seems Sumit having children also surfaced online. Jenny had to deal with the real-life blow of finding out Sumit is married. She wasn’t about to deal with the blow of him having kids on top of this. Especially because – he doesn’t.

So when Jenny addressed Sumit’s rumored children she was serious and in big bold letter let her followers know they got it wrong this time. So, Jenny made herself very clear – there are no step-children in her future.

Life is hard enough for Jenny Slatten right now and the last thing she had in her plans was to defend Sumit as a rumored father. It looks like she put her foot down on those rumors.