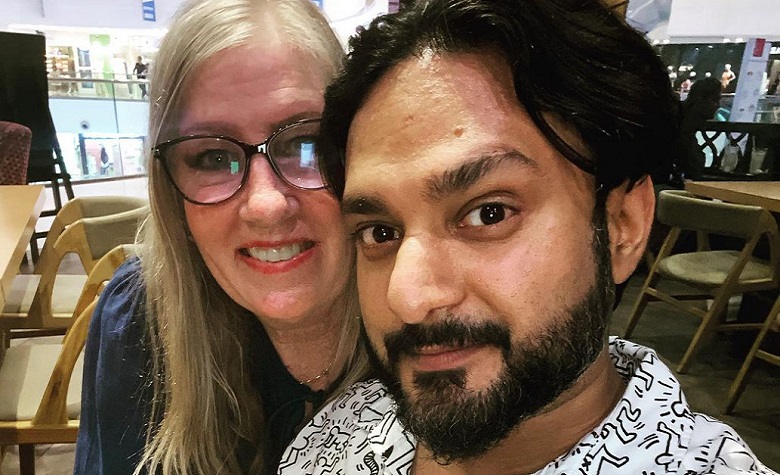 90 Day Fiance stars Sumit Singh and Jenny Slatten have been proving the critics wrong with their relationship. Apparently, the two have been judged due to their huge age gap. However, despite all the criticisms, they’re still going strong. Now, Jenny is back to share their secrets to their strong relationship. Meanwhile, some think that Sumit is still making excuses to stall his marriage with Jenny, which has been their problem ever since. Things also got worse between the two during the recent episodes as they found out that they only have few options left to be together.

90 Day Fiance: Sumit and Jenny Shares Secret To Their Relationship

In a social media post, 90 Day Fiance star Jenny Slatten shared a sweet picture of her with Sumit Singh. Jenny also explained one of the secrets to their strong relationship. “A relationship only works and becomes good when you listen to your heart,” Jenny said. Jenny also filled her post with hashtags like love, believing, and forgiving. Moments later, fans took Jenny’s comment section to praise them and to encourage them to never give up on their relationship. However, it seems that the two just can’t avoid having problems from time to time.

Sumit and Jenny Continue To Struggle

90 Day Fiance stars Sumit Singh and Jenny Slatten have been struggling in their relationship for years. The recent episodes of  The Other Way also showed new challenges for the couple. Apparently, Jenny found out that getting a missionary visa is not an easy task. Due to this, they had to find other options to stay together. However, the clock is ticking for Jenny as her visa is about to expire. Sumit also claimed that he lost his passport and it may take about a month to get a new one. If it happens, Sumit will be able to go to the U.S. with Jenny. Meanwhile, fans think that it’s just one of Sumit’s excuses to stall his marriage to Jenny.

90 Day Fiance: Will Sumit and Jenny Survive The Challenges?

With all the recent challenges, it’s clear to see that 90 Day Fiance stars Sumit Singh and Jenny Slatten are trying their best to fight for their love. They’ve been doubted for years, especially Sumit as he seemingly makes excuses to delay their wedding. Sumit’s parents don’t want him to tie the knot with Jenny as well. However, Jenny has been trying to prove to everyone that age doesn’t really matter in a relationship.

At this point, Sumit and Jenny are still facing struggles. Sumit promised to marry Jenny. However, Jenny is getting tired of waiting and Sumit needs to decide as early as possible. Will Sumit live up to his promises?