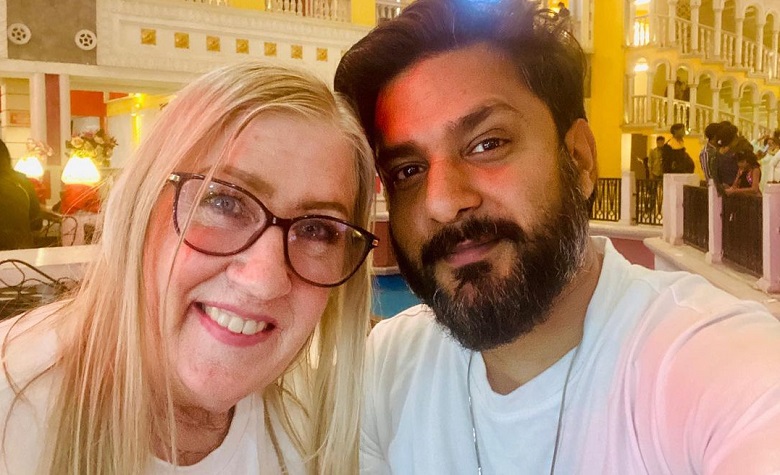 90 Day Fiance fans have been following Jenny Slatten and Sumit Singh over the past few months. Apparently, fans are glad that the two are now living their best lives after getting married. Most of the time Jenny and Sumit share pictures and clips from their adventures around India. Fans are also praising the two for proving to everyone that love has no boundaries. Season 7 of 90 Day Fiance: Happily Ever After? has also shown the couple trying to get things more interesting in their marriage. It also appears that Jenny still couldn’t escape getting questioned by Sumit’s parents. However, it appears that Jenny is starting to win the heart of some of Sumit’s siblings, and may only take a matter of time before she finally gets accepted by everyone.

90 Day Fiance fans shared their thoughts on the recent picture circulating online showing Jenny Slatten spending time with Sumit Singh and her in-laws. It appears that Jenny and the group went shopping. According to some, it may an indication that Jenny is finally starting to build good relationships with Sumit’s family. Many are also happy if Jenny is indeed going strong with Sumit’s family. Apparently, Jenny has been questioned for years due to her age gap with Sumit. Some also think that Jenny should focus more on Sumit’s parents as they continue to show signs of discontent in the 7th season of 90 Day Fiance: Happily Ever After?

Why Sumit’s Mother Is Still Upset

90 Day Fiance fans have seen Sumit Singh’s parents question Jenny Slatten throughout the years. It also appears that things are only getting worse as Sumit’s mother continues to demand a grandchild. Sumit’s aunt even told him that his mother has been stressed lately and she’s worried about their health. “Her eyes look as if she’s drunk or high from crying. Because of the age, everybody is upset,” Sumit’s aunt said. But despite wanting to make Sumit marry someone younger, he stood to his word and continue to live a happy marriage with Jenny.

90 Day Fiance stars Sumit Singh and Jenny Slatten have been enjoying their lives in India as well. The two have been traveling over the past few months. Jenny has also revealed that Sumit’s passport will still take some time. Due to this, fans can expect that the two will be staying in India for a long time. Meanwhile, the upcoming episode of Happily Ever After? will show Sumit prioritizing his work over Jenny. But fans believe that it’s only a small challenge for them, especially after everything they’ve been through.

It’s clear to see that Sumit and Jenny are one of the most successful couples in TLC today. Fans are also hoping that TLC will give more opportunities to the couple after Happily Ever After? Would you like to see more of them in the future? Let us know in the comments.