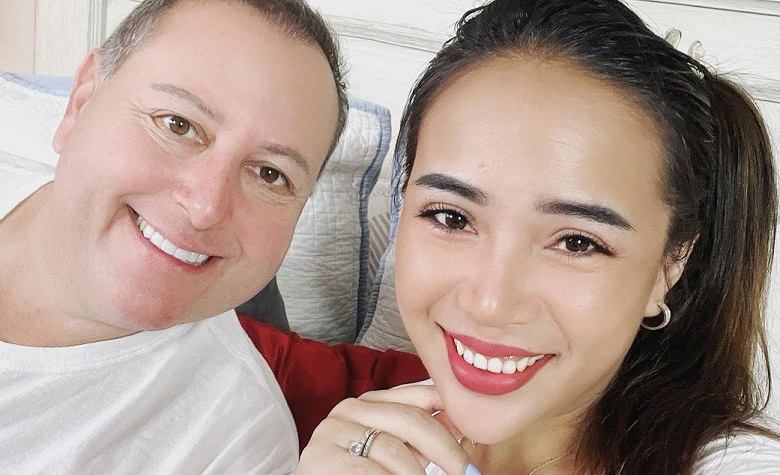 90 Day Fiance stars David Toborowsky and Annie Suwan have been one of the most successful TLC stars to date. Fans have been praising Annie for using her success to help others, especially in her hometown in Thailand. The couple’s growing popularity has resulted in TLC bringing them back to the small screens time and time again. David and Annie also love keeping in touch with their fans on social media. Annie’s most recent post about David surprised many people as she shared more of his journey as he gets closer to becoming a monk.

90 Day Fiance: David Toborowsky To Become A Monk In A Week?

In a social media post, 90 Day Fiance star Annie Suwan shared a clip of herself participating in a ceremony in Thailand. However, Annie’s caption caught the attention of many. According to Annie, David Toborowsky is going to become a monk in a week. Annie also said that she and her family are there to support David. Apparently, David has been aiming to become a monk since flying to Thailand with Annie. Now, he’s one step closer to finally achieving such an incredible milestone in his life. Fans also took to Annie’s comment section to show full support for David’s decision. Many are hoping that TLC will document most of it in the upcoming episode of David & Annie: After the 90 Days.

David Toborowsky also took to social media to share a heartwarming message for Annie Suwan. “No matter where in the world we are you are so beautiful my Queen. I love you to the moon and back,” David said. “May another year bring more health and happiness. I love you Teerak,” he added. David’s message for Annie also left fans swooning. Many people are hoping that TLC will keep them around the franchise for years to come due to the positivity they bring.

90 Day Fiance star Annie Suwan also received tons of praise from the fans with another recent social media post. Apparently, Annie shared a clip of herself buying her sister a new phone. Her sister was left in tears after receiving the new phone. According to Annie, her sister Amber never asked them for anything but always get things done for them when they were not in Thailand. Due to this, she believes her sister truly deserves such a gift.

Annie has become an inspiration to many due to the kindness she shows everyone she meets. Fans also think that the 90 Day Fiance couple will continue to be successful due to their lovable personalities.