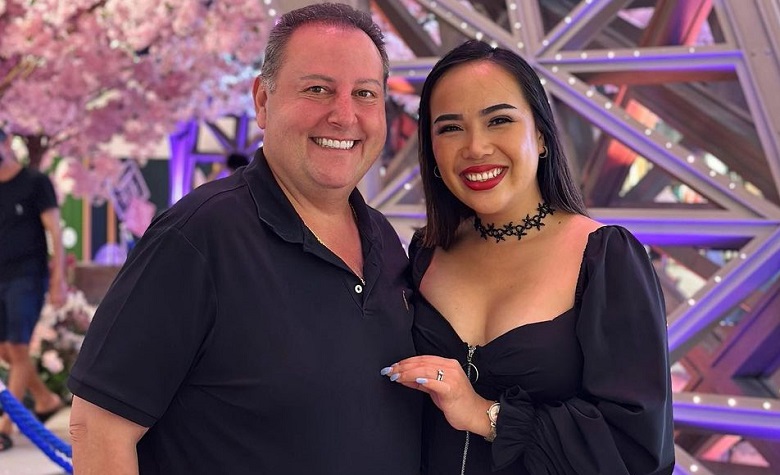 90 Day Fiance stars David Toborowsky and Annie Suwan have been sharing tons of wholesome updates lately. Apparently, the two are currently on a vacation in Thailand. Most of the time, David and Annie share their recent travels and other hilarious activities. Annie also touched the hearts of many after sending help to her hometown’s primary school. Now, the two are back with another positive update. This time, David makes the fans laugh during one of their recent stays in a hotel in Thailand.

In a social media post, 90 Day Fiance star David Toborowsky shared a hilarious clip of Annie Suwan dealing with the massive hot tub. “Annie after a long day. It is not easy to climb up a 3 foot (1 meter) hot tub,” David captioned followed by laughing emoticons. According to Annie, she just wanted to take a shower but she doesn’t know where to place it due to the massive size of the tub. Meanwhile, fans are glad that David and Annie are living their best lives. Fans also praised David for making unforgettable and fun memories with Annie. “Love you guys! I feel true love! Not many get to experience it in their lifetime. So lovely,” one fan said. “She is so precious,” another fan added.

Fans Are Praising Annie For Sending Help To Hometown

90 Day Fiance fans have also seen David Toborowsky and Annie Suwan’s adventurous lifestyle. The two have already been to several countries, and it seems that they have no plans on taking a break from traveling. It also appears that they’ve been enjoying their stay in Thailand as well. Due to this, fans are hoping that TLC will give the two a spinoff where they can share their latest adventures.

At this point, TLC has yet to share its future plans for David and Annie. But with their growing popularity, fans can already assume that they will be around the franchise for quite some time.