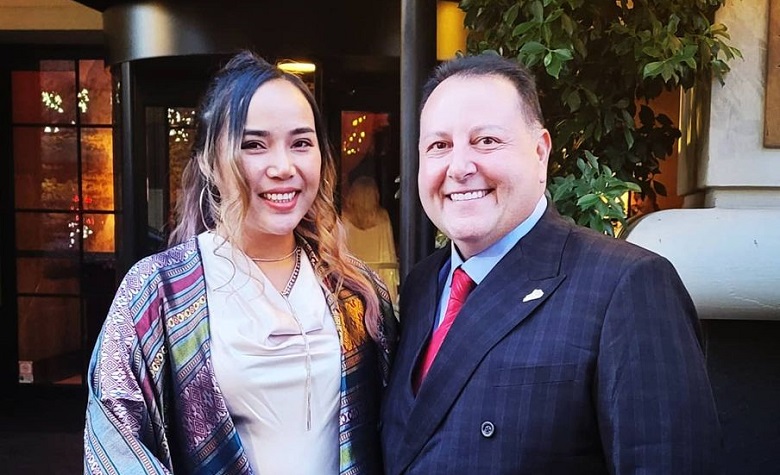 90 Day Fiance stars Annie Suwan and David Toborowsky have been receiving a lot of love from the fans. Apparently, Annie and David are some of the most successful TLC couples. Their heartwarming love story also resulted in them getting multiple partnerships and even spinoffs from TLC. Now, the two are back to touch the heart of the fans yet again. However, this time, it’s about Annie’s recent video post for David saying how much she loves him without any conditions.

In a social media post, 90 Day Fiance star Annie Suwan shared a clip of David Toborowsky trying out his new outfit. Moments later, Annie gushed over David for his weight loss and kept calling him back to tell him sweet compliments. After that, David took Annie’s comment section to send a sweet message for her continuous support. “You are always so supportive of me my Queen. No matter what size I am you still love me the same,” David said. Fans also praised the two for showing examples of unconditional love. “You guys are just the greatest! You have a special love,” one fan said. “I loveee how y’all love each other!!” another fan added.

90 Day Fiance stars Annie Suwan and David Toborowsky have been making headlines after TLC gave them another spinoff. According to TLC, the two will return to a new spinoff show titled, David & Annie: After the 90 Days. Fans are also excited to finally see their favorite TLC couple on the small screens again. Some even took Annie’s recent post to share how happy they are. “Love you guys!!! The feelings and commentary are always so honest. Can’t wait to see this,” one fan said. “FINALLY we get a spinoff of a couple we ACTUALLY like,” another fan added.

90 Day Fiance star Annie Suwan recently took social media to share a clip of her with David Toborowsky as they bond with their co-star, Syngin Colchester. Syngin is all smiles throughout the clip, showing that he’s happy with his life despite calling it quits with Tania Maduro. This wasn’t the first time David and Annie bonded with other TLC stars. At one point, David and Annie revealed that they had a blast bonding with Big Ed.

It’s clear to see that David and Annie are loved not just by the fans, but also by the other TLC stars. It also appears that their wholesomeness and incredible love have resulted in so many blessings in their marriage.