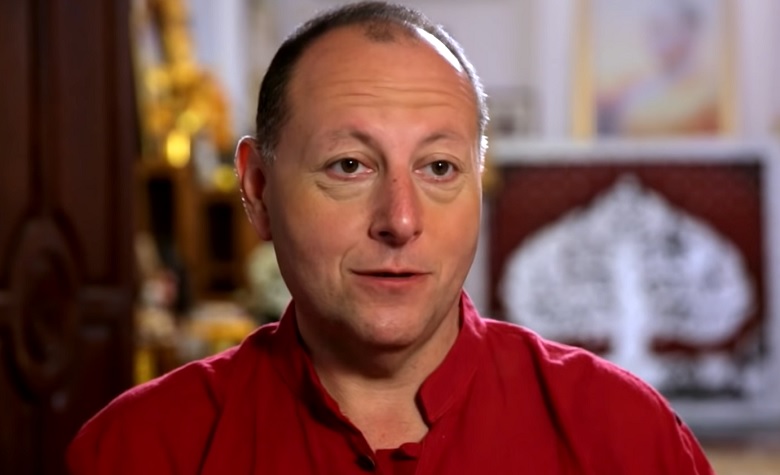 90 Day Fiance star David Toborowsky had some fun time with Edward Allen Brown, also known as, Big Ed. David shared a picture of him and Big Ed with a wholesome message. Meanwhile, David’s wife, Annie Suwan Toborowsky, also shared a picture of her and Big Ed inside a car. It appears that David and Annie planned their bonding time with Big Ed. Annie even joked about picking up Big Ed and called him a homeless guy.

In a social media post, 90 Day Fiance star David Toborowsky shared a picture of him and Big Ed. Apparently, the two had some fun time in Scottsdale. “We had such a great time. Big Ed is so down to earth. I guess it helps when you are so close to it”, David captioned. He also explained how fun it is when Big Ed is around. “Seriously he is so enjoyable to be around”, David said. After that, David threw a joke at Big Ed by saying, “For the record nobody tried to Halik anyone.” Apparently, the word “Halik” is a Filipino word that translates to “Kiss.” It’s known that Big Ed became famous due to his relationship with a Filipina named, Rose Vega. The two had a lot of iconic moments that made the show very popular across different countries. However, the two had tons of problems, causing their relationship to fail.

Annie Jokes At Big Ed By Calling Him Homeless Guy

In a social media post, 90 Day Fiance star Annie Suwan shared a picture of her and Big Ed inside a car. It appears that Annie and David Toborowsky picked up Big Ed. Annie also threw a joke at Big Ed. “We found this homeless guy walking around Old Town, Scottsdale!”, Annie said. “Felt bad, so we gave him a lift. Where should we drop him off??”, she added. After that, David commented on Annie’s post. He said, “You told me not to pull over, but I loved the hair and need the secret.” Fans also reacted to Annie’s wholesome post with Big Ed. One fan said, “Is that Big Ed??!!!” Another fan also said, “Lol…love u all.”

Annie and David love posting their wholesome moments on social media. At one point, Annie shared how happy she is after David gave her a knife set for Valentine’s Day. “THANK YOU MY MISTER EVERYTHING!! for a wonderful Valentine gift ever!!!”, Annie said.

90 Day Fiance stars David Toborowsky and Annie Suwan had a rough start on their relationship. The two struggled a lot financially and were forced to live in a storage facility. However, despite all the struggles, David and Annie are now considered one of the most successful couples in 90 Day Fiance. Apparently, David and Annie now have their own cooking show spinoff called, Spite It Up with David and Annie. The two will also participate in TLC’s upcoming spinoff called Love Games. It features fun activities where couples will have to write individual answers to each question and hope that their answers will match.

‘Sister Wives’: Madison Brown Stuns In 38th-Week Pregnancy Pic
’90 Day Fiance’: David Shares What He Relishes The Most In Thailand
‘Counting On’: Jinger Celebrates Release Of Book In NYC
‘Sister Wives’: Meri Reunites With Janelle’s Sons, Shows Motherly Side
‘Sister Wives’: How Did Kody React To Christine Getting Ready To Date?