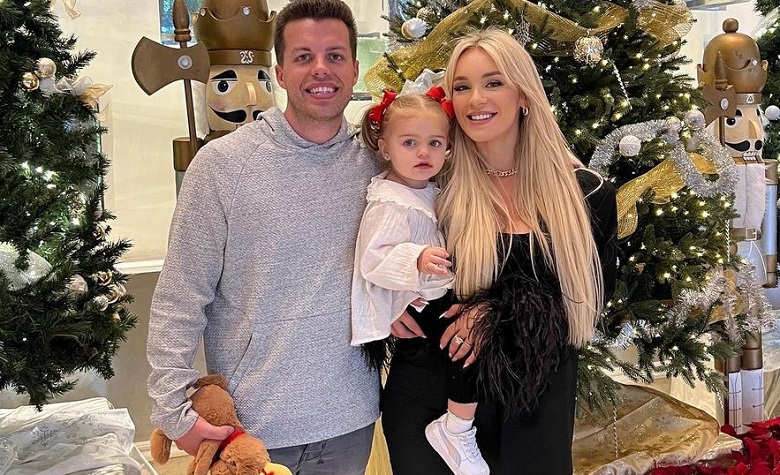 90 Day Fiance star Yara Zaya has been keeping in touch with the fans lately. She loves to share updates with her daughter, Mylah. Fans are also glad that things are only getting better for Yara and her husband, Jovi Dufren. Yara also revealed that her family is already embracing the Christmas season. But aside from Christmas, it also appears that Yara going to step up her efforts in the New Year. Yara even took to social media to share some of the most popular Ukrainian traditions for the New Year.

In a social media post, 90 Day Fiance star Yara Zaya shared some of the Ukrainian traditions for the New Year that she still follows. According to Yara, she always celebrates the New Year with great fashion by wearing a beautiful dress and make-up even when she’s celebrating indoors. Yara also shared a bizarre New Year’s tradition where she puts her wishes on a small piece of paper and sets it on fire. After that, she throws it in a glass of champagne and drinks it. Yara also said she often follows the color theme for the upcoming year.

90 Day Fiance star Jovi Dufren also left the fans in awe after sharing a picture with Mylah during their last day in Germany. “Out enjoying my last day in Germany with Mylah,” Jovi captioned. It’s clear to see that Jovi enjoyed his stay in Germany. Fans were also stunned by the beautiful mountains in Garmisch-Partenkirchen, Germany. Meanwhile, some are impressed that Mylah is already traveling across countries at such a young age. It also appears she’s now used to traveling a lot due to her parents’ adventurous lifestyle.

At this point, 90 Day Fiance stars Jovi Dufren and Yara Zaya have yet to share major updates regarding their plans to move. However, Jovi has already revealed that they’re nearly reaching the final decision. It also appears that Jovi and Yara might be moving next year due to the upcoming holidays this December. It’s unclear where they’re going to celebrate Christmas and New Year’s Eve. But some fans think they still celebrate in Louisiana.

So far, Texas and Florida are on top of Jovi and Yara’s list. It also appears they’re still interested in Los Angeles and NYC. Meanwhile, fans are hoping that TLC will document their move in the future. What are your thoughts on them? Let us know.