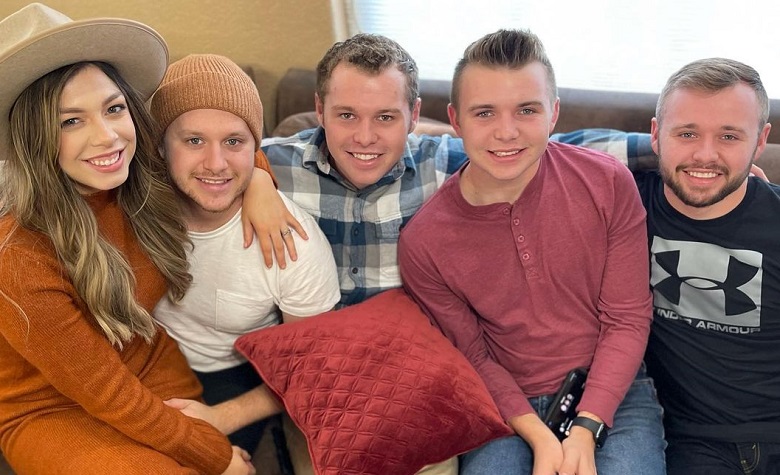 Counting On star James Duggar has been active on social media lately. He even shared stunning photos of himself recently, resulting in speculations that he might be preparing to court. Fans are also surprised by James’ sudden online activities. Apparently, James hasn’t been posting a lot since his brother Josh Duggar’s conviction. But it seems that he’s now back with his wholesome contents as the Duggars try to recover from all the negativities. Now, James is getting a lot of attention again after teasing that something wild is coming for the Duggars.

Counting On: James Duggar Teases Something Wild Is Coming For The Duggars

In a social media post, Counting On star James Duggar teased the fans that something wild is coming. He said it with so much excitement and revealed that it also has something to do with the Duggar family. Due to this, fans began to speculate what James is teasing in his latest clip. Some even took Reddit to share their thoughts and some believe it’s about some significant changes in the family’s living conditions.

According to the fans, it’s possible that some of the Duggars might be moving, especially after reports claimed that the number of Duggars visiting Texas has been increasing. Meanwhile, some are speculating that the family might be returning from sharing their wholesome lifestyle but not on television. Instead, fans think the Duggars might be launching a documentary about their lives on YouTube.

Will It Be A Courtship Announcement?

Counting On fans are also speculating that James Duggar’s recent teaser might be for his courtship announcement. Apparently, fans have been speculating that James is about to enter courtship, especially after sharing his recent photoshoot, which usually happens whenever a Duggar is about to go into a relationship. There are reports stating that James is trying to get closer to one of the Andregg girls. Unfortunately, there hasn’t been any confirmation about James’ relationship with an Andregg aside from the fact that they’re a close family friend of the Duggars.

Counting On fans are also glad to see Jason and James Duggar’s recent posts. Apparently, Jason hasn’t been active on social media similar to some of his siblings. It’s unclear what caused them to step away from the online world. But fans believe Josh Duggar’s conviction has something to do with their absence. It’s unclear what Jason has been up to lately. But his last posts clearly show that he’s been busy spending time with his friends and enjoying his life behind the cameras.

It’s clear to see that things are changing a lot in the Duggar family. At this point, fans can only hope that it won’t take time before James finally uploads that video he made for his family. Will you be watching? Let us know in the comments below.

For more Duggar updates and news, come back to Entertainment Chronicle.