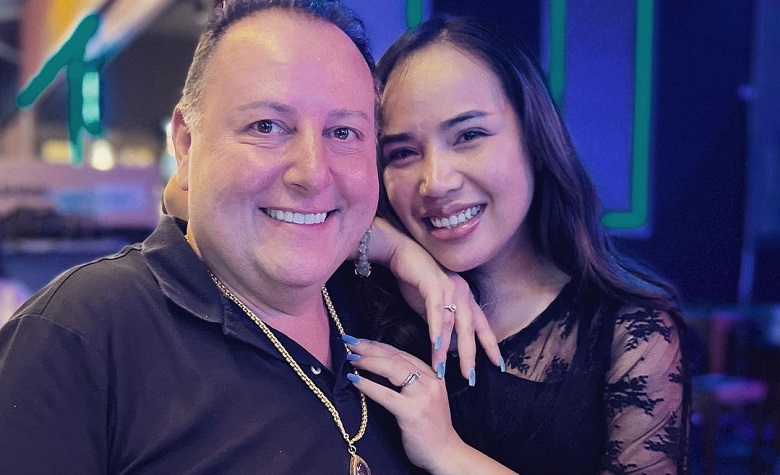 90 Day Fiance star David Toborowsky loves to share wholesome updates with Annie Suwan on social media. Most of the time, the two leave fans in awe with their adorable activities together. Fans have been praising Annie, as well, for using her success to help others, especially in her hometown in Thailand. They also think that the growing popularity of the couple will keep them around the franchise for a long time to come. Now, David is back to share another update for the fans. This time, David shares a hilarious post-Thanksgiving clip with Annie.

In a social media post, 90 Day Fiance star David Toborowsky shared a hilarious clip of Annie Suwan a day after Thanksgiving. The clip shows Annie dancing while singing as she tries to lose all the food she just ate for Thanksgiving. “What do you do post Thanksgiving,” David captioned. Annie also impressed the fans with her singing skills and adorable dance moves. “Also you sing very good and boy you can dance,” one fan said. “Lol I just love her she’s so real,” another fan added.

90 Day Fiance star David Toborowsky also took to social media to share a clip of himself making a silly joke about the Doctor’s advice of cutting alcohol. “Always listen to your Doctor,” David said. But instead of stopping, David literary tries to cut the alcohol with scissors while pouring it into his glass. David’s hilarious clip received tons of positive reactions from the fans including some TLC stars such as Jovi Dufren, who was also known for his drinking problems back in the day. “Good one,” Jovi said.

Annie Suwan has been receiving a lot of praise for her cooking skills. It even resulted in TLC giving her a cooking show spinoff called Spice It Up With David and Annie. Now, Annie is taking her cooking show to the next level as she now gets to teach her fans virtually. Apparently, Annie is now charging for a cooking lesson, adding it to her growing number of ways to make extra income. Fans are also praising Annie’s hustles. She even launched her own clothing shop, which has been selling great over the past few months.

It’s clear to see that Annie and David are one of the most successful TLC couples today. Do you love watching their antics? Let us know inthe comments.