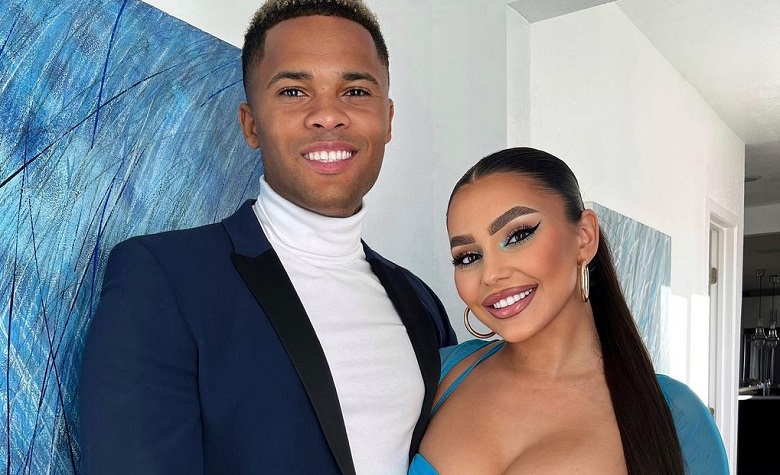 90 Day Fiance stars Miona and Jibri Bell have been one of the most successful TLC stars to date. Fans were glad that the two were able to overcome all the challenges in their marriage. Now, Miona is spending time promoting her ponytail business and trying her best not to get affected by the criticisms she’s been receiving since entering the reality show world. However, her most recent update didn’t have anything to do with hair. Miona shared her and Jibri’s incredible wedding anniversary gift for each other.

In a social media post, 90 Day Fiance star Miona Bell shared a picture with her husband, Jibri Bell, with their wedding anniversary gift for each other. Apparently, the two purchased a new sports car. “Our first year of marriage!!! We MADE IT!!!! WEDDING ANNIVERSARY GIFT!” Miona captioned. “Thank you guys for all the love and support! – J&M,” she added. Fans are impressed by the couple’s latest milestone. Some even think it’s a clear indication of how successful they have become. Jibri also took to his wife’s comment section to send her a sweet message. “We have so much growing and healing to do!!! Thank you for pushing me and growing together,” Jibri said.

At this point, 90 Day Fiance star Miona Bell has been promoting her ponytail business on social media. Most of the time, Miona announces that her ponytails are about to get sold out, indicating that her business has been doing well. Simultaneously, Jibri has been successful with his music career. Fans also think that he’s been spending more time with Miona lately as they finally become financially stable. They’ve been traveling a lot lately, and it seems that they have no plans of stepping away from their expensive lifestyle.

90 Day Fiance: Jibri Bell Having A Blast With New Dog

90 Day Fiance star Miona Bell also took to social media to share how much Jibri Bell is enjoying the latest addition to their family, a dog named Moon. The clip shows Jibri playing with Moon. “How cute are they?!?!? Do you guys have dogs and did your husband/boyfriend also hated the idea of getting a dog? Lol” Miona captioned. Jibri left a hilarious comment on Miona’s post regarding her decision to get a dog. “Alright I admit he grew on me @mionabell you were right once again,” Jibri said.

Meanwhile, fans are speculating if Miona and Jibri are finally getting ready to start a family. The couple has remained silent about it as they continue to hustle and focus on their careers.