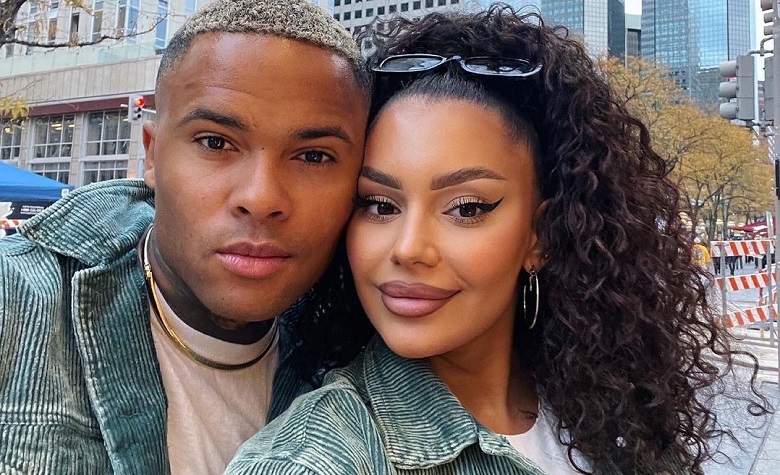 90 Day Fiance star Miona Bell has been one of the most controversial new stars in the franchise. Apparently, Miona didn’t make a good impression with her debut in TLC. But despite all the issues, Miona has been trying her best to stay in touch with her followers. Some are also starting to take her side and cheer for her. Now, Miona is back to share another update for the fans. This time, Miona is surprising the fans with the new addition to her family.

In a social media post, 90 Day Fiance star Miona Bell shared a picture with her husband, Jibiri Bell, as she announces the new addition to their family. “We got a new addition to the Bell Family!!! He is a cute 2 pound ball of fluffy fur! What do you guys think we should name him? Currently we are deciding between Moon or Neo,” Miona said. Fans were left in awe upon seeing Miona’s new puppy. Some even took to Miona’s comment section to give suggestions about what they should name him. Aside from that, Miona also took the opportunity to announce that she and Jibiri have started uploading videos on YouTube again.

Miona’s Controversies Throughout The Show

90 Day Fiance star Miona Bell has raised tons of eyebrows during her days in TLC. One of the things fans questioned was her boastful lifestyle with Jibiri Bell. According to some, it seems that the two couldn’t afford to live such a luxurious lifestyle, but are still trying to make it work to line themselves up with some of the most popular TLC stars today such as Jovi Dufren and Yara Zaya. Miona also raised a lot of eyebrows after demanding and acting like she was entitled to have the things she want. Others also pointed out that Miona is trying to portray herself as something she isn’t. There are also speculations that Miona wasn’t naturally tanned and she believes she had some work done.

At this point, it seems that things are going well between the 90 Day Fiance stars. They’ve been sharing pictures with each other lately. It also appears that Miona is trying to redeem herself by showing to everyone her sincere love for Jibiri. She has also been busy hustling as well. Apparently, Miona has been promoting her own beauty line, Miona Beauty Ponytails. On the other hand, it seems that Jibiri is still going strong with his music career.

It’s clear to see that Miona and Jibiri are trying their best to live a happy life after 90 Day Fiance. Will a baby become the next new addition to Miona and Jibiri? Let us know your thoughts in the comments.