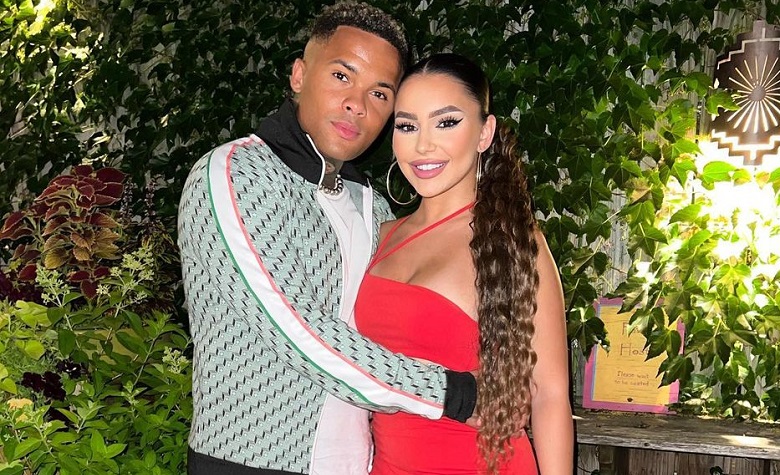 90 Day Fiance star Miona Bell is considered one of the most hard-working TLC stars lately. Right now, she is doing her best to promote her ponytail business while trying her best to redeem herself with her fans. It’s well known that Miona didn’t make a good impression during her TLC debut. However, it seems that fans are finally starting to show support for her and her husband, Jibri Bell. Now, Miona is back to share another update for the fans. This time, she is sharing a clip showing her quick journey to success with Jibri.

In a social media post, 90 Day Fiance star Miona Bell shared a clip showing her journey with Jibri Bell throughout the years. The clip started with Miona and Jibri looking like a successful couple at the ages of 29 and 24. Miona also revealed that she was 23 when she got married to 28-year-old Jibri. The video highlighted other special moments for the couple as well. They first traveled together at the ages of 27 and 22. They met at the age of ages of 25 and 20 and got engaged a year later. Some think that things went too fast for them, but it appears that they truly love each other, and are trying their best to have a happy marriage.

90 Day Fiance star Miona Beel has been receiving a lot of support from fans due to her dedication to growing her ponytail business. She recently took to social media to share that she has a ponytail that looks like Kim Kardashian’s. “Using my ‘Desert Ponytail’ in color 4/30 to recreate Kim K hairstyle! Get your ponytail on mionabeauty.com,” Miona captioned.

Fans took to Miona’s comment section to talk about her incredible business. “I think I’m ready to buy. . Always loved Miona but she just gave me more reasons she’s my favorite,” one fan said. “You make me want a ponytail!!” another fan added.

90 Day Fiance star Miona Bell also recently took to social media to share her heartwarming Halloween night with her dog, Moony. “This was our Halloween night. Mama and Moony,” Miona captioned. The clip shows Miona spending the night with her dog. They even watched movies and ate snacks before finally sleeping. Fans swooned over it. “Ohhhhh this is so so cute,” one fan said. Miona didn’t share Jibri’s whereabouts during Halloween, but some fans assume that he’s been busy with work.

It’s clear to see that Miona and Jibri are finally living their best lives after all the struggles in their marriage. Fans are hoping that the two will stay in the 90 Day Fiance franchise and share their journey with viewers.

For more 90 Day Fiance news, come back to Entertainment Chronicle.