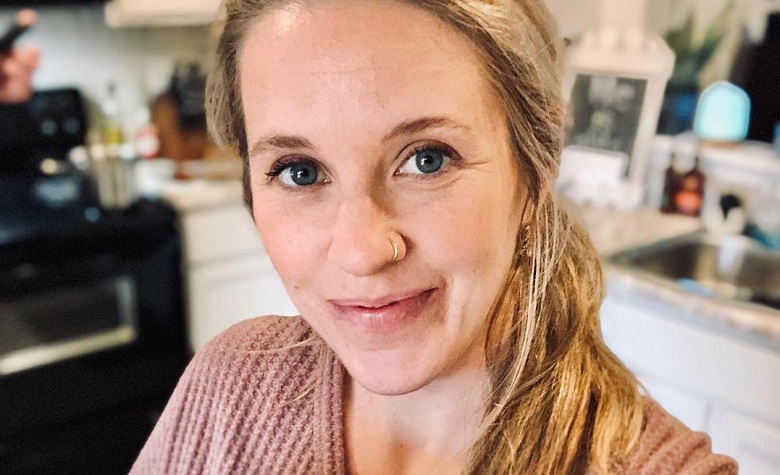 Counting On star Jill Duggar loves to share adorable updates about her family. It also appears that they’ve been having a blast in Oklahoma. Apparently, Jill and her family moved to near Oklahoma to adjust to Derick Dillard’s job. Since then, Jill has been sharing their exciting activities as they continue to explore their new hometown. They even watched a recent homecoming parade for the football team of Stillwater. Now, Jill is back to share another update for the fans. But this time, Jill is sharing major upgrades in her house.

Counting On: Jill Duggar Shares Major Upgrades In Her House

In a social media post, Counting On star Jill Duggar shared a clip showing the results of their kitchen renovation. According to Jill, she got a backsplash added to their kitchen. It also appears that they did some remodeling. Jill also thanked her brother, Joseph Duggar, for working on their kitchen. Meanwhile, fans are surprised to see Jill getting a service from her sibling despite her estrangement from the family. Some fans are also hoping that it’s a sign of Jill’s possible reunion with the Duggars, especially with her parents.

Counting On star Jill Duggar also took to social media to share a picture from her cozy morning. She also revealed that the kids helped with the Christmas decorations the other day. “Freddy likes the cozy mornings too. And I’m loving the new mantle (from Amazon) and decorations the boys helped me install and decorate yesterday!” Jill captioned. At this point, Jill has yet to share a tour of their Christmas-decorated house. Meanwhile, it seems that most of Jill’s siblings are already preparing for the holidays as well. One of them is Jessa Duggar, who recently shared adorable clips from their early holiday activities.

At this point, there are still no signs of Duggar gatherings for the upcoming holidays. However, the family has yet to miss such gatherings, especially Christmas. Due to this, Counting On fans can expect that Jim Bob Duggar and Michelle Duggar will still find a way to gather everyone. But fans doubt that it’s going to be the same again after Josh Duggar’s CSAM arrest. There are also reports that there’s been a rift in the family since Josh’s arrest, making a lot of fans curious about how the family will celebrate the holidays.

It’s clear to see that the Duggars are trying their best to stay positive after all the controversies. It also appears that lying low in the online world is one of Jim Bob and Michelle’s ways to avoid further issues.