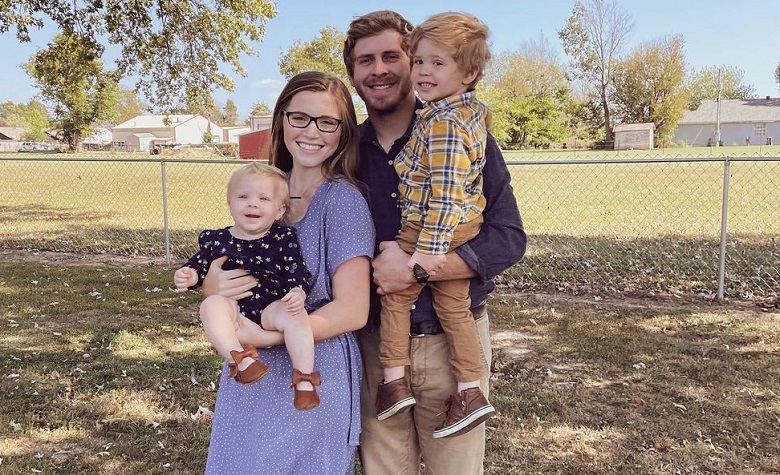 Counting On star Joy-Anna Duggar has been keeping in touch with the fans lately. Most of the time, Joy-Anna shares adorable updates about her kids. She’s been having a blast with her pregnancy as well. It also appears that Joy-Anna has already found out the gender of her upcoming third child but wants to keep it a secret for a while. Meanwhile, fans are praising Joy-Anna for her efforts on making unforgettable memories. She even took to social media recently to share that they’re already prepared for Christmas.

Counting On: Joy-Anna Duggar & Kids Are Already Prepared For Christmas

In a social media post, Counting On star Joy-Anna Duggar shared adorable clips and pictures with her kids. Joy-Anna also revealed that she bought her kids matching Christmas pajamas. Gideon and Evelyn couldn’t hide their excitement upon seeing each other in matching pajamas as well. Aside from that, Joy-Anna also shared glimpses of their Christmas decorations, including a big Christmas tree. It also appears that Joy-Anna also paired up with the company that sells pajamas, showing her hardworking personality despite her pregnancy.

At this point, Counting On star Joy-Anna Duggar has yet to share updates about her pregnancy. However, fans think she has already determined the gender of her upcoming child after going for a checkup during the 12th week of her pregnancy. It also appears that everything is going well due to her positive posts on social media. Meanwhile, Austin Forsyth has been doubling his efforts on making money as his family gets bigger. He’s been busy with his construction projects lately. Joy-Anna and her kids also love paying a visit to Austin on his construction site and bringing him lunch.

Counting On: Other Pregnant Duggars

Aside from Joy-Anna Duggar, Counting On fans are also excited about another upcoming addition to the big family. Apparently, Jeremiah Duggar’s wife, Hannah Wissmann, is also expecting her first child. Jeremiah and Hannah have yet to share updates since their exciting announcement. But it seems that things are going well for them as well. Meanwhile, there are reports stating that Josiah Duggar and Lauren Duggar are expecting baby number 2. There are also speculations that Lauren has already given birth. Unfortunately, fans will have a harder time getting updates from the two after deleting all of their social media photos, which might be an indication that they’re leaving the online world for good.

It’s clear to see that the Duggars are only getting bigger. Jim Bob Duggar also confirmed he and Michelle Duggar are about to have 30 grandkids with Joy-Anna’s upcoming third child. Are you excited about this new generation of Duggars? Let us know in the comments.