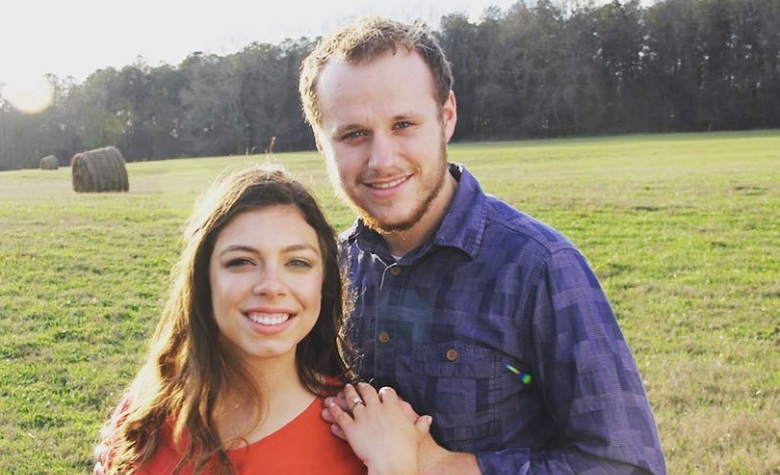 Counting On stars Josiah Duggar and Lauren Duggar have been silent on social media for months. The two suddenly left the online world without any reason. There are speculations that Josh Duggar’s CSAM played a big role in their absence. Some fans also think that the two just want to live a private life, especially after  TLC cut ties with the Duggar family. Now, Josiah and Lauren are making headlines once again. Apparently, fans found out that they have deleted all their social media photos.

Counting On fans from Reddit shared their thoughts on Josiah Duggar and Lauren Duggar finally deleting all of their social media photos. Apparently, there were a few photos left on the couple’s page for several months before deleting all of them. It’s unclear what fueled the couple to do such a thing. However, fans believe that they want to live a private life away from the cameras. It’s known that the Duggar family’s life has been well-documented for so long. More recently, TLC cut ties with them due to Josh Duggar’s CSAM arrest. Some fans are glad that the two chose a private life. “Honestly? Good for them. Hopefully, they’re just living their lives,” another fan added.

Counting On fans have been speculating the possibility that Lauren secretly gave birth to her second child and wants to keep it private, which may also explain why she and Josiah Duggar left social media. At this point, the Duggars remain silent regarding the rumored second baby. Meanwhile, some fans have speculated that the couple’s absence is due to a feud with some family members. Apparently,  Lauren and Josiah are often spotted at some of the family’s gatherings, which indicates that they’re still in touch with everyone.

Counting On: More Duggars Are Stepping Away

Some Counting On fans also noticed the sudden absence of some Duggars aside from Josiah Duggar and Lauren Duggar. One of them is Jana Duggar, who used to post a lot of wholesome content about the Duggar family. Justin Duggar and his wife, Claire Spivey, have been living a private life in Texas as well. All the while, Jim Bob Duggar and Michelle Duggar have remained silent since Josh Duggar’s conviction. Many people believe the family is lying low after the controversy that has surrounded them in recent years.

There have been reports that there’s been a rift in the family due to Josh’s arrest. However, the Duggar family seems to be handling it behind closed doors and away from cameras. If you are looking for more Duggar updates, keep coming back to Entertainment Chronicle.