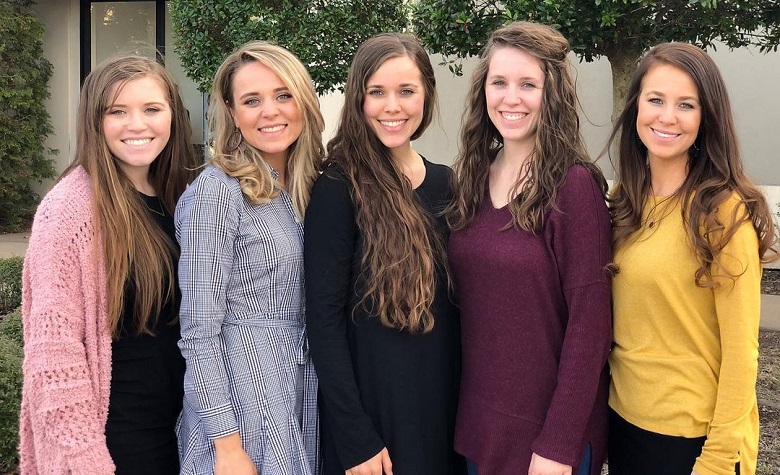 Counting On fans have been keeping their eyes close to the Duggars lately. Apparently, fans are speculating if the family will celebrate the holidays apart. According to reports, there’s been a rift between Jim Bob Duggar and his kids due to Josh Duggar’s arrest. Now, some of the Duggar kids have been sharing their stunning holiday photos online. Meanwhile, some of them remained silent since Josh’s guilty verdict. According to some, it just shows how badly Josh’s arrest affected the family.

Counting On: Jinger Duggar Stuns The Fans With Holiday Photo With Husband

In a social media post, Counting On star Jinger Duggar shared a holiday picture of her with her husband, Jeremy Vuolo. Moments later, fans took Jinger’s comment section to talk about how stunning they look. “You look absolutely stunning. Merry CHRISTMAS,” one fan said. “Beautiful photo. You both look so classy & sophisticated,” another fan added. Jinger’s post comes after her recent statement regarding Josh Duggar’s guilty verdict. According to Jinger, they’re saddened about the victims of child abuse. She also said that they’re satisfied with the final verdict.

Aside from Jinger Duggar, Counting On star Joy-Anna Duggar has been sharing their recent activities during the holiday season. At one point, Joy-Anna shared clips of them making gingerbread houses. She’s been sharing wholesome pictures with her kids and husband as well. It’s clear to see that Joy-Anna is also satisfied with Josh Duggar’s guilty verdict. Meanwhile, fans think that Joy-Anna won’t be celebrating the holidays with her parents after the recent controversies of the family.

At this point, Counting On stars Jessa Duggar and Jana Duggar remain silent online. According to some, Jessa is shying away from social media due to the never-ending controversies of the family. It also appears that she doesn’t want to put her kids into the spotlight while they’re dealing with so many problems. On the other hand, Jana has been inactive since her statement regarding her recent legal trouble. Jana also made it clear that she’d prefer a private life for a while. Meanwhile, Jim Bob Duggar has yet to share their plans for the holidays. However, fans think that it’s going to be a sad Christmas for the family due to the rift between Jim Bob and his kids.

It’s clear to see that things are falling apart in the conservative family since Josh Duggar’s guilty verdict. It also appears that Jim Bob upsets many including his kids when he decided to focus on his candidacy instead of reaching out to his kids.

Christine Brown Reacts Over Kody’s Lack Of Interest On Intimate Marriage
Bailey Sarian Shares A Heartbreaking Life Update With Fans
‘Sister Wives’: Christine Shares How She Relaxes During The Day In Utah
‘Counting On’: Fans React To Josh’s Motion For Acquittal
‘Sister Wives’: Kody Brown Snubbed During His Birthday?