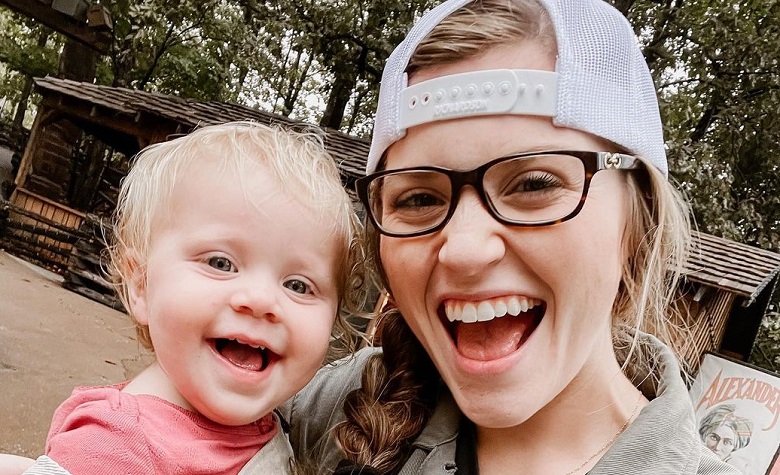 Counting On star Joy-Anna Duggar has been trying to spread positivity online. Apparently, fans think that she’s happy about the guilty verdict of her disgraced brother, Josh Duggar. Recently, Joy-Anna shared clips of her and Austin Forsyth enjoying the cold breeze of December. Now, Joy-Anna is back to share another wholesome moment with her family. This time, it’s about their gingerbread house-making day and fans are loving it.

In a social media post, Counting On star Joy-Anna Duggar shared clips of them making gingerbread houses. According to Joy-Anna, they’re making Christmas activities in their house a little early. She also said that they had a little competition about making the best gingerbread house. Joy-Anna also shared the final results of the gingerbread houses that they made. It’s clear to see that Joy-Anna is having so much fun lately, especially after Josh Duggar’s guilty verdict. Fans also think that it’s one of her ways to stay positive amid all the controversies that the Duggars have been facing.

Austin Takes Fun To The Next Level

Aside from Joy-Anna Duggar’s wholesome clips indoors, Counting On star Austin Forsyth caught everyone off-guard after sharing his skydiving activities online. According to some, Austin’s ways of having fun are too extreme. Some are even calling him out for doing such life-threatening activities despite already having a family. Meanwhile, it seems that Joy-Anna couldn’t do anything about Austin’s dangerous acts.

Counting On fans think that the Duggars will celebrate Christmas apart this year. Apparently, the Duggars are known for their big gatherings during special occasions, especially Christmas. However, with the recent controversies of the family, fans think that they’d rather celebrate apart. Some also think that Jim Bob Duggar had a feud with some of his kids, and gathering them together for Christmas would be a bit awkward. Meanwhile, Jim Bob was slammed for holding a huge Christmas party last year despite the pandemic. Numerous guests were also seen not wearing any face masks while singing along with Jim Bob.

At this point, Jim Bob has yet to share their plans for Christmas. However, fans think that he’d remain silent for a while, especially after his big loss from his candidacy for Arkansas State Senate.