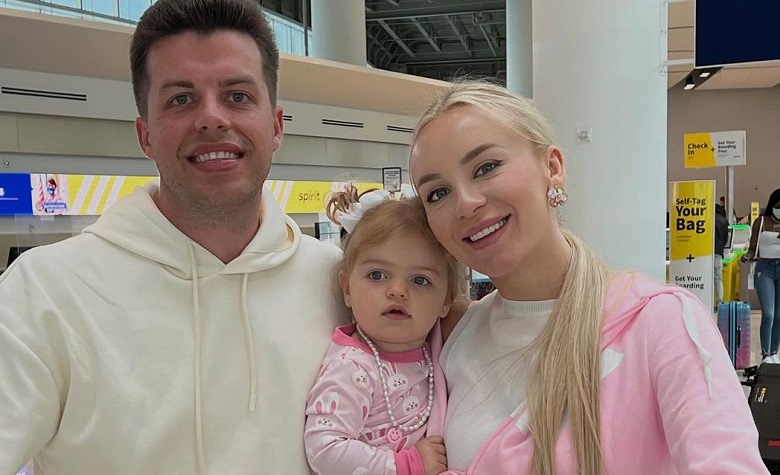 90 Day Fiance star Yara Zaya loves to share adorable updates with her daughter, Mylah. Fans have been praising Yara’s efforts on making unforgettable memories with her daughter as well. It’s clear to see that Yara is enjoying her life as a mother to Mylah. Many are also glad that Yara is staying strong despite all the heartbreaking events happening in her home country, Ukraine. Now, Yara is back to share another positive post. This time, Yara is sharing how proud she is of what she has done for Mylah.

90 Day Fiance: Yara Zaya Proud Of What She Has Done For Mylah

In a social media post, 90 Day Fiance star Yara Zaya shared clips with Mylah as they watch a unicycle performs in front of the crowd. However, Mylah caught her mother’s attention. According to Yara, she’s grateful to God that she and her husband were able to work and give their daughter a wonderful life. Apparently, Yara has been successful with her clothing business and makeup line. Fans also think that her stunning fashion played a big role in the big success of her business. Meanwhile, Jovi Dufren is still going strong with his underwater robotics job. Fans also think it’s only a matter of time before Mylah is finally allowed to travel with his father to his work destinations.

Yara Zaya also shared clips from her recent beach day with Mylah and Jovi Dufren. One of the clips shows Mylah’s hilarious playtime at the beach where she puts sand all over Yara’s foot. Yara later shared an adorable picture of their family. It’s clear to see that Yara and Jovi are now living their best lives. Many are also glad that the two were able to overcome all the challenges in their marriage. Fans are also happy about Jovi’s newfound maturity as he now spends more time with his family and has been avoiding parties and alcohol.

Jovi Dufren also took to social media to share his hilarious shopping day with Mylah and Yara. Apparently, Yara was the one recording Mylah as they walk around the mall. Moments later, Mylah suddenly asked a random lady in the store about her father’s whereabouts. Meanwhile, fans were left in awe as Mylah still wears her Disney princess outfit that she wore during Halloween. “Oh my goodness!!! She could not be any cuter!!” one fan said. “Our little Cajun princess. She talks very well for her age,” another fan added.

It’s clear to see that Jovi and Yara are doing a great job with their parenting. Fans also think that the two should consider moving soon if they’re planning to leave Louisiana as Mylah starts to get bigger. What are your thoughts? Let us know in the comments.