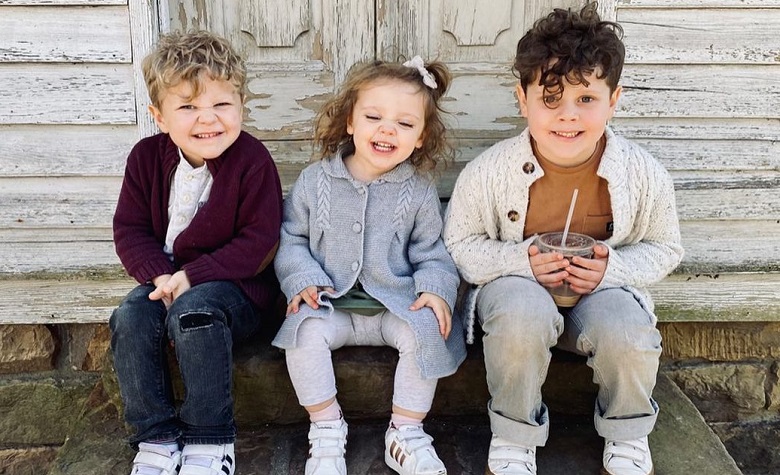 Counting On star Jessa Duggar has been keeping in touch with the fans, which they love. Most of the time, Jessa shares wholesome stories about her kids. Recently, Jessa shared a hilarious clip of Ivy playing with the toilet tissue. According to Jessa, it’s one of the few things she will miss the most once her kids get older. Due to this, she’s just letting her kids do what they want as long as it’s safe. Now, Jessa is back to share another update for the fans. This time, Jessa is talking about her kids being helpful with household chores.

Counting On: Jessa Duggar Talks About Her Kids Being Helpful At Chores

In a social media post, Counting On star Jessa Duggar shared a lengthy message that talks about allowing her kids to help with chores. According to Jessa, it’s easier to do things by herself. However, her kids are always eager to help, and she thinks that it’s a good opportunity for them to become helpful people as they grow. “One practical way my older three love to work is making snacks for each other. Toasting bread and adding butter/jam, slicing oranges, and making their favorite— slinky apples,” Jessa added.

Jessa also shared that not teaching kids different skills early on makes her feel bad. But she made it clear that she will always make them enjoy their childhood and allow them to play as much as they want. “Training up the next generation of helpers may, in the beginning, stage, feel like getting a root canal in while gargling rubbing alcohol, but the benefits—to them! to you! to others!—are manifold,” she added.

Counting On star Jessa Duggar also took to social media to share a stunning picture of her son, Henry. Jessa also shared a lengthy biblical lesson about God’s creation. Moments later, fans took to Jessa’s comment section to thank her for sharing words of wisdom. “Beautiful picture and beautiful message!” one fan said. “Thanks for sharing,” another fan added. Meanwhile, some pointed out that Jessa should frame that photo she took as it looks incredible.

Counting On: Jessa Duggar Shares Support For Her Family & Friends Helping In Florida

Counting On star Jessa Duggar also shared several clips and pictures from the current situation in Florida after hurricane Ian. According to Jessa, many of her family and friends are in Florida to help the victims of the hurricane. She also mentioned that Mediccorps have been reaching out to those in need. “Praying for all those whose lives have been affected by this hurricane and for all who are seeking to bring help,” Jessa said. At this point, it’s unclear how many Duggars are currently in Florida to help. But fans have been thankful for their quick actions and effort to help.

It’s clear to see that Jessa is focusing more on positivity after all the controversies of the Duggars since Josh Duggar’s conviction. Fans are also hoping that Jessa’s parents, Jim Bob and Michelle Duggar, will finally surface on social media after months of absence.