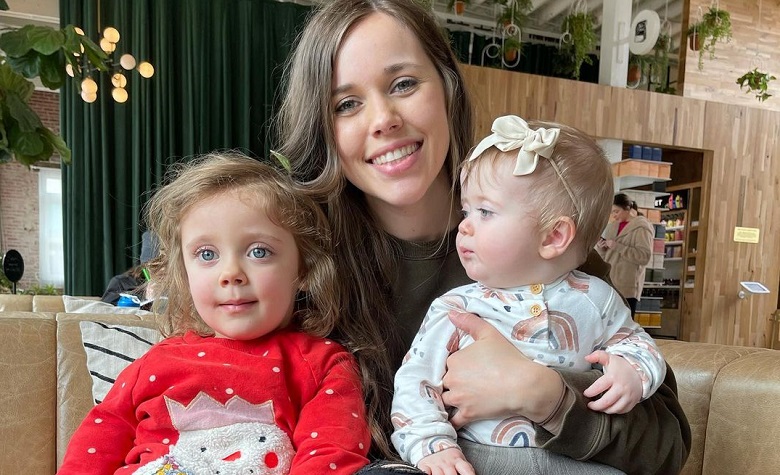 Counting On star Jessa Duggar loves to share heartwarming moments with her kids on social media. It also appears that the kids have been enjoying their roles as older siblings to Fern. Jessa has been busy homeschooling her kids as well. She even took social media recently to share that they’ve been using an educational mobile application. Fans are also praising Jessa for her efforts in homeschooling her kids. Now, Jessa is back to share another update for the fans. This time, Jessa shares a wholesome picture of her kids as she talks about motherhood.

In a social media post, Counting On star Jessa Duggar shared a wholesome picture of her kids. Jessa also shared a lengthy message that talks about motherhood. According to Jessa, there will always be struggles when it comes to being a mother. However, she made it clear that embracing the bible and applying it in life will make everything easier. “Jesus holds out his hand to draw us up to excellent motherhood in freedom, giving us the ability to pursue it through the unique strengths (and weaknesses) he has blessed us with,” Jessa said. Fans also took Jessa’s comment section to thank her for her motivational message. Some fans are also cheering for Jessa and wish her family the best.

Counting On fans are also praising Jessa for her parenting. Apparently, fans noticed that Jessa has been focusing more on her kids lately. She’s been sharing their activities, especially when it comes to homeschooling. Jessa also took social media recently to share how much the kids are enjoying their new house. It’s known that Jessa and Ben Seewald moved to a fixer-upper, which was reportedly given to them by their church. Jessa also made it clear that she and Ben spent a lot on renovating the house.

Counting On: More Duggars Are Starting To Homeschool Their Kids

Aside from Jessa, Counting On fans also noticed that some of the Duggars are starting to homeschool their kids as well. One of them is Joy-Anna Duggar, who recently took social media to share that Gideon and Evelyn have been studying at home lately. Joy-Anna also revealed that Gideon is now wearing prescription glasses, and many think that it’s going to help him read better during his studies. Meanwhile, Jill Duggar has been receiving a lot of support after enrolling Israel in a real school. It also appears that Sam will follow in his brother’s footsteps and study in a real school as well.

It’s clear to see that things are changing a lot in the Duggar family. Fans also noticed that Jim Bob Duggar and Michelle Duggar haven’t been posting anything online since Josh Duggar’s CSAM arrest. Do you think the family is on a better path? Let us know in the comments.