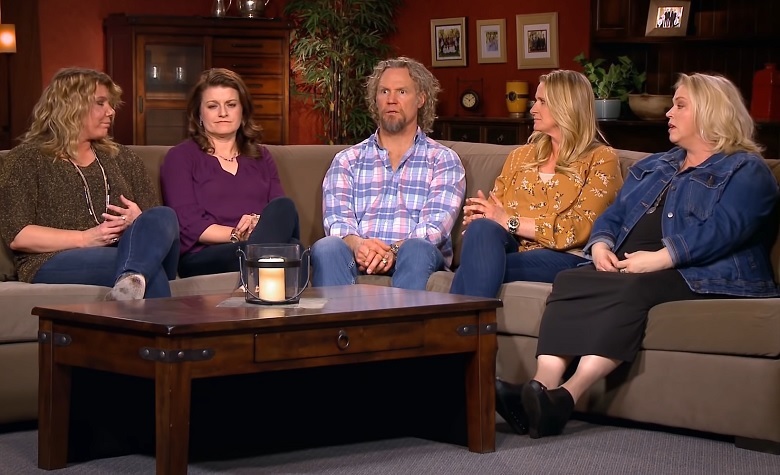 Sister Wives fans have been keeping their eyes on the plural family lately. Season 17 has shown how bad things have started to go for the Browns. It has also shown Kody Brown failing to make Christine Brown stay. According to some, it’s clear to see that everything is falling apart in the plural family. Now that the third episode has aired, it seems that the pressure is still on Kody. Fans are reacting to how he was not there for Meri during one of the most heartbreaking moments in her life, but the comments don’t end there.

Sister Wives fans took Reddit to share their thoughts on the third episode of Season 17. The third episode showed how the plural family deals with the pandemic as school reopens.

Kody made a controversial statement about not seeing the kids if they went to school to avoid getting contracted the virus. However, some of the wives are not having it, especially Janelle Brown.

She challenged Kody to bring things back to normal, showing signs that she’s been upset by how he handled the situation. Others also think that it clearly indicates Kody’s poor decision-making for the family.

Fans Are Upset Towards Kody For Not Being With Meri

Sister Wives fans are also calling out Kody Brown after the third episode for not being with Meri during one of the hardest moments in her life. “It’s shameful that Meri went through this alone. Absolutely shameful. Next to Kody skipping out on his daughter’s surgery, this is one of the worst things he’s done,” one person said.

“The fact that Meri has to drive through her tears to get her dying mother alone has me super heated tonight. Just when you think Kody couldn’t go lower he proves you wrong,” another person added.

At this point, Meri has yet to open up about Kody’s absence during the day she lost her mother. Fans think she’s been trying her best to distract herself from all the pain she’s been going throughout lately.

Sister Wives: Fans Doubt Kody Brown Will Do Something For The Family

Sister Wives fans also think that Season 17 has shown Kody Brown’s lack of effort for the family. According to some, it’s already obvious early in the season that Kody only wants to be with Robyn.

Christine Brown said that the other wives are aware of their unfair marriage, and some think Kody should just admit it. A few viewers have speculated that the turmoil in the plural family may ensure Kody’s ambitious housing project in Coyote Pass never sees the light of day.

It’s clear to see how bad the situation has become in the Brown family. Fans also think the future episodes will be as intense as the first three. Will Kody finally come up with a plan to end their struggles?